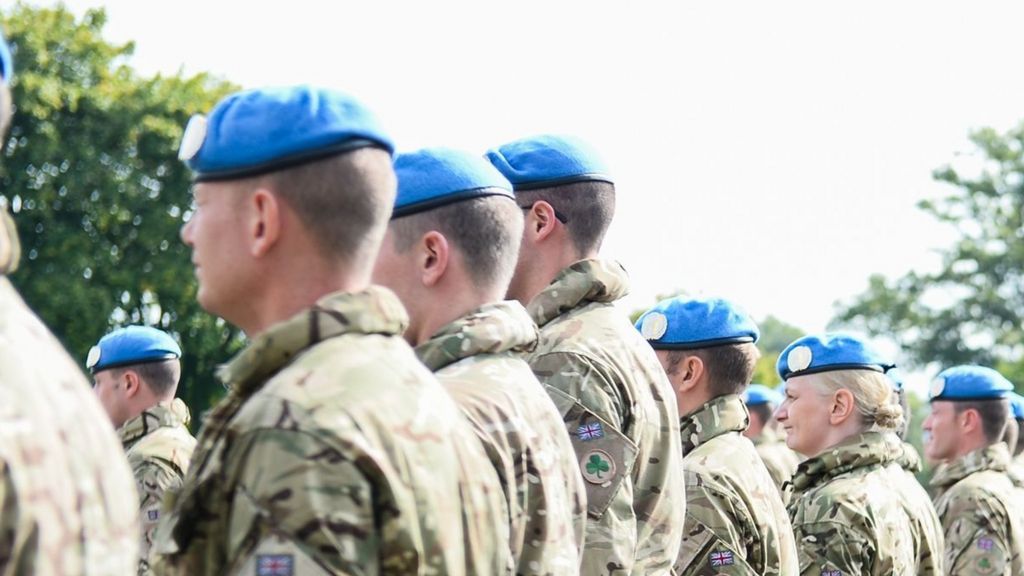 A British Army team has arrived in Somalia as part of a United Nations mission to counter Islamist militants.

An advance party of about 10 soldiers from Force Troop Command, 1 Div and Field Army training will support African Union peacekeeping efforts against the al-Shabab group.

About 70 personnel will eventually be in Somalia carrying out medical, logistical and engineering duties.

Around 300 troops are also be deployed to the conflict in South Sudan.

Al-Shabab – the Islamist militant group allied to al-Qaeda – is battling Somalia’s government for control of the country.

Who are Somalia’s al-Shabab?

Somali defector: Why I left al-Shabab

The group has carried out a string of attacks – including in neighbouring Kenya – and is believed to have between 7,000 and 9,000 fighters.

The African Union Mission in Somalia (AMISOM) was launched in 2007, and is mainly comprised of troops from Uganda, Burundi, Djibouti, Kenya and Ethiopia.

In South Sudan, conflict between government and rebel forces has seen more than 2.2 million people flee from their homes in the state, which broke away from Sudan in 2011.

The British troops being sent to South Sudan will also carry out engineering work to strengthen infrastructure.

It follows a commitment by UK Prime Minister David Cameron at the UN in New York in September.

It formed part of a pledge in the Strategic Defence and Security Review to double the number of UK troops on UN “blue-hatted” peacekeeping tasks and support efforts to end some of the world’s most destabilising conflicts.

Speaking at the time, Mr Cameron said operations “will help to alleviate serious humanitarian and security issues… helping to bring stability to the region and preventing these challenges from spreading further afield”.