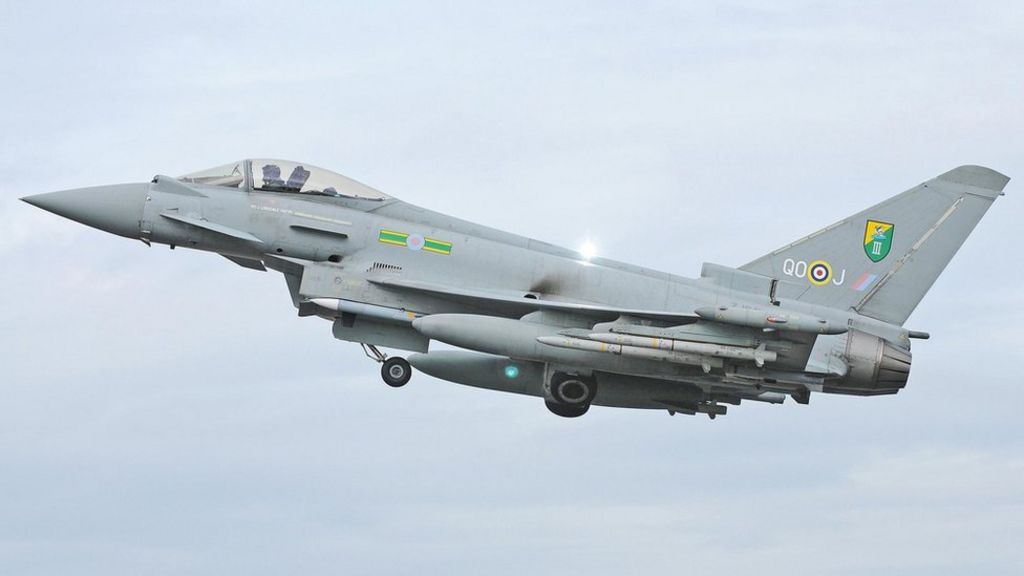 Loud bangs heard in parts of Yorkshire were sonic booms from Typhoon jets scrambled to identify “an unresponsive civilian aircraft”, the RAF has said.

The aircraft were launched from RAF Coningsby, in Lincolnshire, and helped guide the aircraft to a safe landing, the air force added.

People reported their houses shaking at about 21:50 BST after hearing what sounded like two loud explosions.

These were later confirmed to have been sonic booms.

“Communications were re-established and the aircraft has been safely landed.”

Reports suggested the jets had escorted a plane into Newcastle airport after it went off course.

North Yorkshire Police earlier tweeted to reassure people there was no danger, later writing: “Confirmation from RAF that loud bangs heard across the county were sonic booms from RAF Typhoon jets. No cause for concern.”

One woman wrote: “house shook & whole street was out, car & house alarms gone off. Apparently was a sonic boom”.