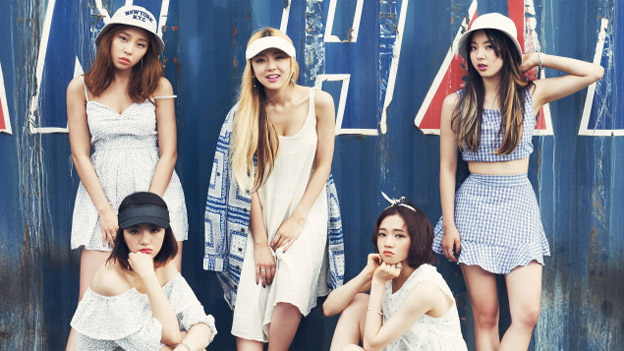 Ladies’ Code, with Rise pictured centre, were returning from a TV interview when the crash happened

A second member of South Korean pop group Ladies’ Code has died, four days after the vehicle they were travelling in crashed near Seoul.

Kwon Ri-sae, known as Rise, died in hospital at the age of 23 on Sunday.

She had been unconscious after emergency brain surgery following Wednesday’s accident, a spokesperson from Polaris Entertainment said. 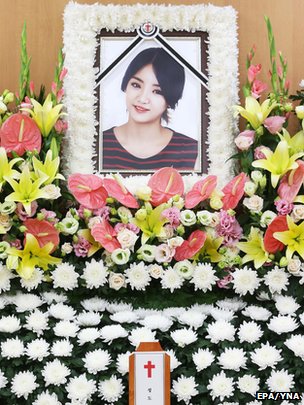 The funeral of EunB took place in Seoul on Friday

Her death follows that of 22-year-old bandmate Go Eun-bi, better known as EunB, who died shortly after the crash.

The five-member group made their debut in 2013 and released their latest single Kiss Kiss last month.

One other member of Ladies’ Code fractured her jaw and two had minor injuries and were treated for shock.

Police inspector Lee Ho-dong told the Associated Press that the crash happened when band were returning to the South Korean capital after filming a TV interview in the south-eastern city of Daegu.

The van driver was treated for a minor injury before being questioned and may have been speeding on a wet road to meet a tight schedule, Mr Lee said.

“We are investigating the exact cause of the accident,” he said. “But it’s difficult because the highway section where the crash occurred did not have a closed-circuit television camera.”

He added that a camera from inside the van had been sent to the National Forensic Service.

'No nostalgia' for Ford in Star Wars