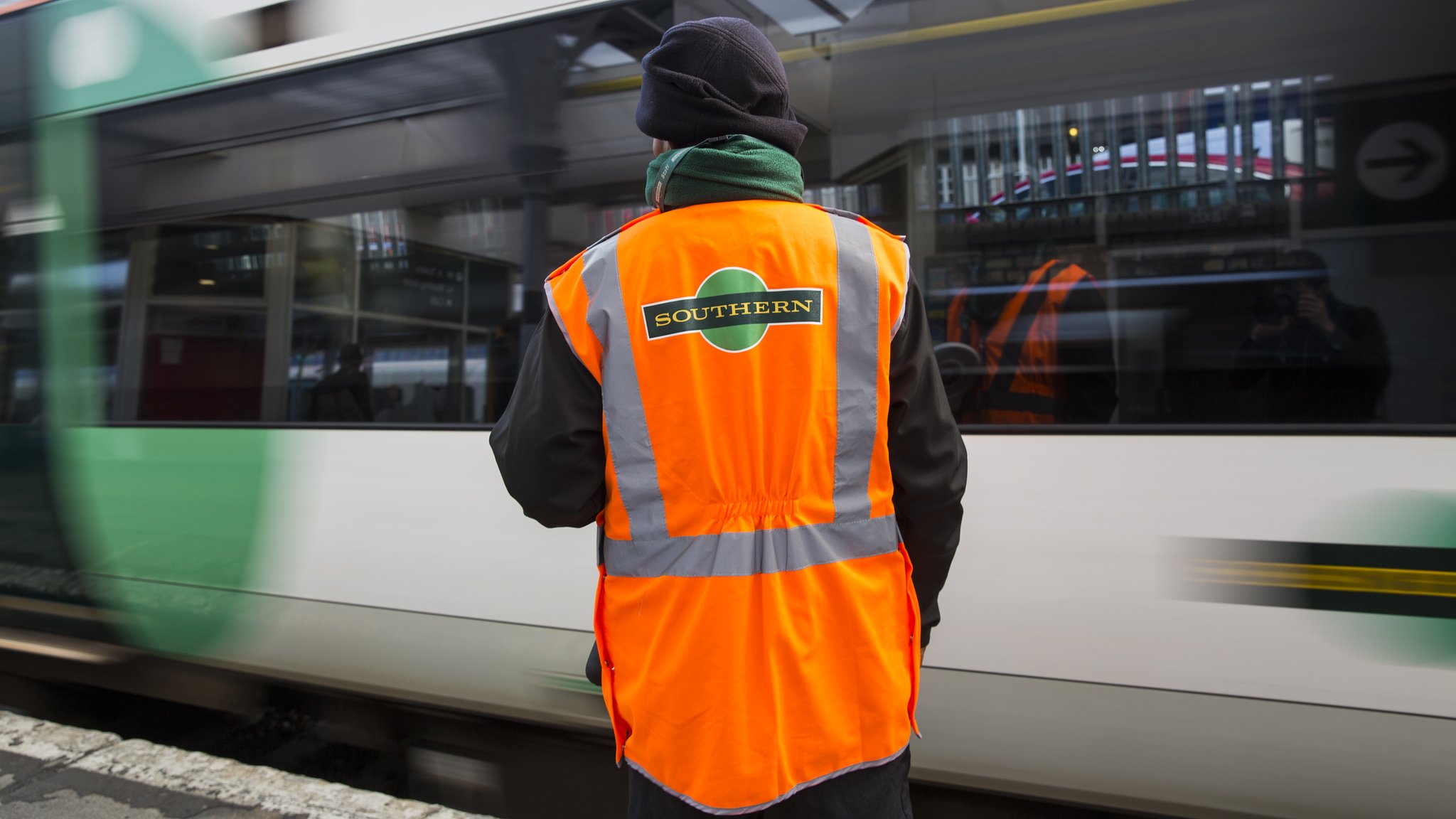 A Southern commuter train travelled for a distance with its doors open, rail accident investigators have confirmed.

The train, operating without a guard, arrived and departed at more than one station with the doors open, the Rail Accident Investigation Branch said.

The RMT union has confirmed the stretch of line, near Caterham in Surrey, is “driver-only” operation, meaning no conductor is on board.

The RAIB said GTR Southern was investigating the incident.

FRANKO FRAIZE – TELL ME A WORD