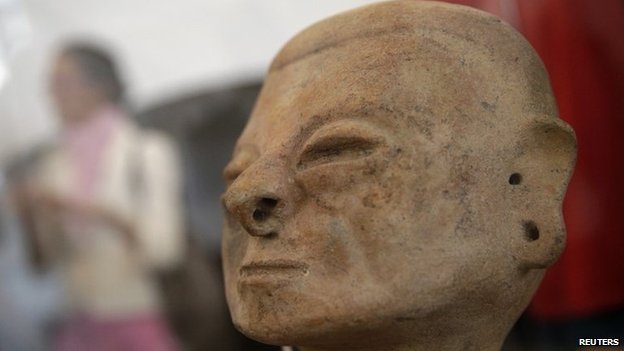 The pre-Columbian archaeological art pieces were taken to Spain illegally

Spain has returned to Colombia 691 indigenous artefacts seized in a police operation 11 years ago.

Most of the ceramic items are of huge cultural and archaeological value, and date back to 1400BC.

They had been smuggled out of South America by a man linked to the drug gangs, the embassy in Madrid said.

Following a court order in Spain in June, the items have now been handed over to the Colombian authorities and taken back to Bogota.

They were placed in the Museum of America in Madrid while the long legal battle proceeded.

Some of the items, including ceramic sculptures, funeral urns and musical instruments, went on display at the museum in June.

They were taken out of the country illegally by a man who specialised in laundering money for the drug cartels, said Mr Carrillo.

Colombia won a long legal battle to avoid the items being returned to their previous owner or remaining in Spain.

A public exhibit of the artefacts is expected to be opened in Colombia next year, the foreign ministry told the Associated Press news agency.

The artefacts were made before the arrival of the Spanish conquistadors in South America in the 16th Century.

All the main civilisations that lived in the region are represented in the collection. 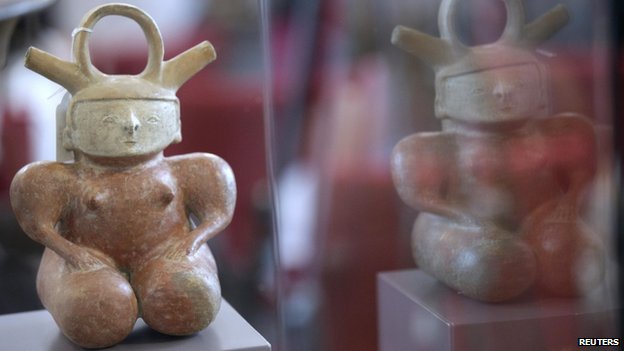 The collection has items from several countries, but the vast majority comes from Colombia 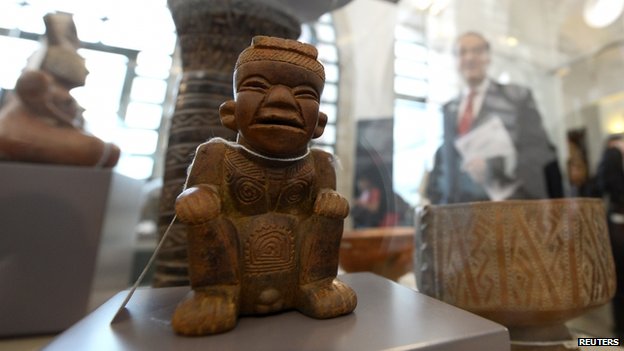 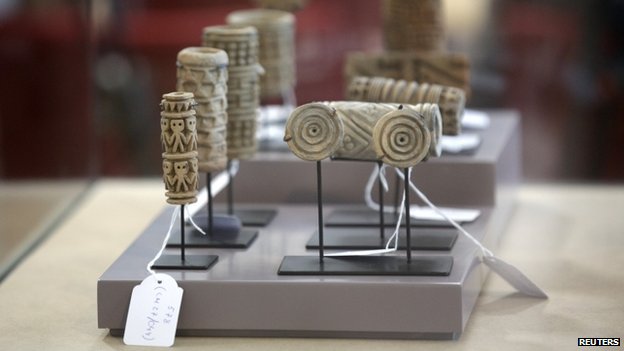 This entry passed through the …read more