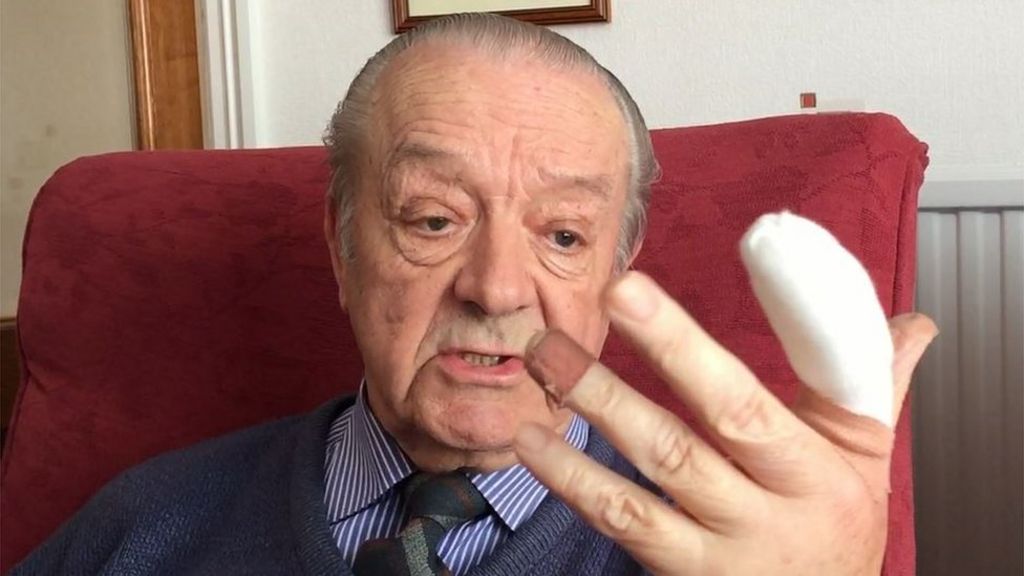 A man who was bitten by a spider as he slept is to have part of his finger amputated.

Derek Phillips, from Malvern, was woken by a “throbbing pain” in his left index finger and spent five days in Worcester Hospital – including a spell in the isolation ward.

Doctors said the 82-year-old was bitten by a poisonous spider, but non-venomous bites can get infected, experts said.

“I would love them to take it off, it’s so damn painful,” said Mr Phillips.

He is due to have surgery at Kidderminster Hospital on Monday.

“I think they were hoping the top of the finger was going to drop off on its own but it’s gone on long enough,” his wife Pam said.

Mr Phillips said he first had surgery soon after the bite seven weeks ago.

“There was a great big gash that was oozing horrible stuff.

“They said it was some kind of widow spider which have become more prevalent – because we’ve had such mild winters they are not getting killed off.”

Nigel Cane-Honeysett, head of the Shropshire spider group said: “There aren’t any spiders that are native to this country that cause that kind of injury.

“It could be a foreign spider, which would be unusual, or a bite from a non-venomous spider could have become infected.

“There’s been a lot of stories about the false widow spider but this does not cause a corrosive injury.”