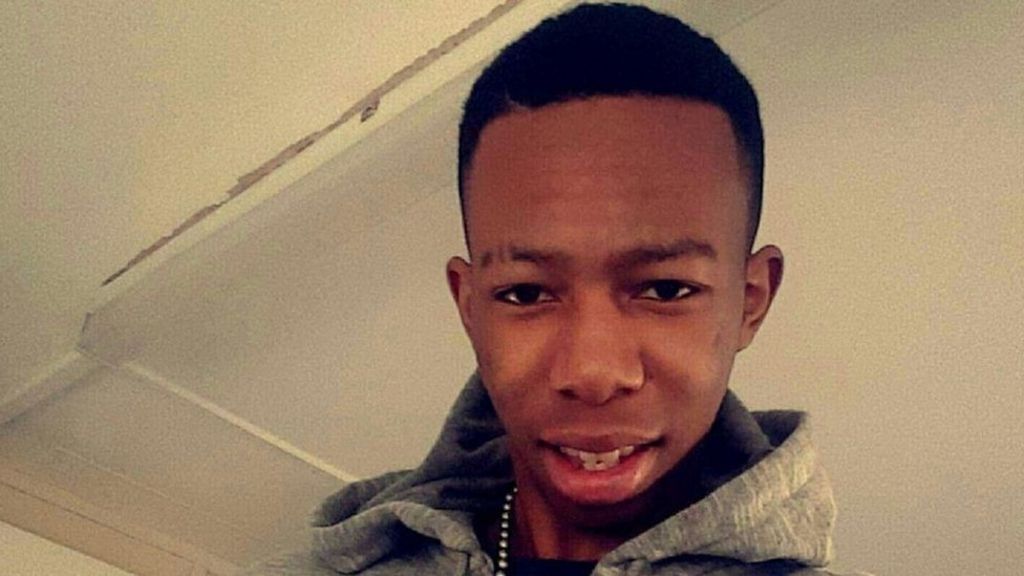 The 17-year-old boy who was stabbed to death in south-east London on Sunday night was a rapper who has performed in concerts and online videos.

Myron Yarde was found dying in Camplin Street, New Cross, after officers were called to reports of an altercation between a number of youths.

A friend of the musician said he was “truly loved” and would be missed.

Two male youths, aged 15 and 16, are being held in custody and a murder investigation has been launched.

Both were arrested close to the scene.

Read the latest on this story and other London news

Myron’s friend Kyle said: “He had a soft spot for everyone – that’s why he was so truly loved.

“He’s going to be missed by friends and family and I just want people to remember Myron in a positive way.”

A local resident told BBC Radio London she called an ambulance after seeing the teenager limping before he collapsed on the ground, at about 19:40 BST.

She said she administered first aid while she waited for paramedics to arrive, calling the stabbing “shocking”.

Det Ch Insp Rebecca Reeves of the Metropolitan Police said: “It was still daylight when the altercation began and we believe there could have been many people in the area who may have seen something which could provide valuable information to the investigation.

“I would urge them to contact police as soon as possible.”

The victim’s next of kin have been informed and a post-mortem examination will take place in due course.