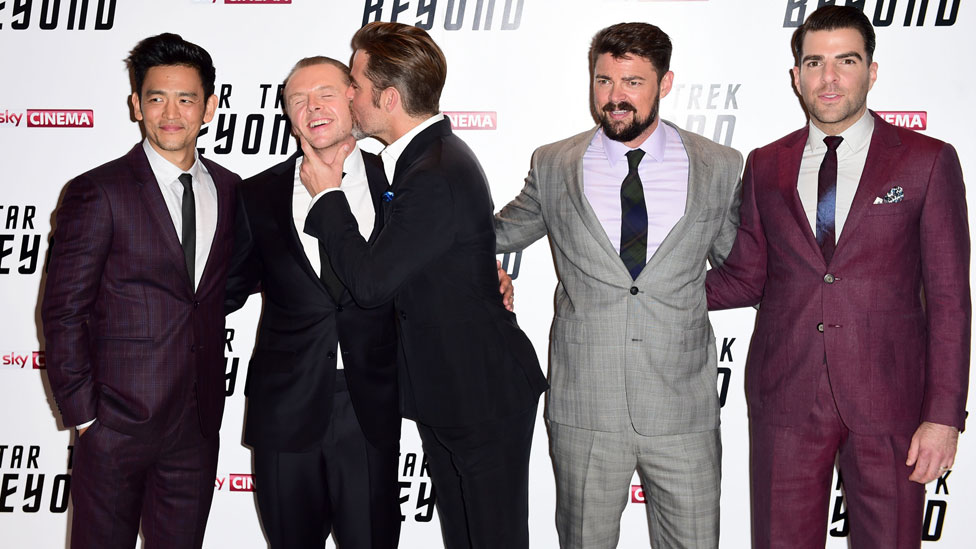 The stars of the latest Star Trek film have stood behind its revelation that long-standing character Sulu is gay.

“It is definitely high time for an LGBT character to be included in the Star Trek universe,” Zachary Quinto, who plays Mr Spock, told the BBC.

“I’m a little stunned there’s been so much attention given to it,” Chris Pine, the current Captain Kirk, added.

“I’m delighted that there’s a gay character [in the film],” the 79-year-old told the Hollywood Reporter.

Yet he claimed the “outing” of Hikaru Sulu was “a twisting” of Gene [Roddenberry]’s creation, “to which he put in so much thought”.

Takei said Star Trek creator Roddenberry “was a strong supporter of LGBT equality” but had always envisioned Sulu as heterosexual. The actor – who went on to play Sulu in the six Star Trek films made between 1979 and 1991 – announced he was gay in 2005.

“Whatever he wants that to be, that is how that Sulu is,” said the British actor, a cast member and co-writer on the new film.

“But in this universe, it felt like a smart way of introducing an aspect of the character we hadn’t previously known.”

In Star Trek Beyond, Enterprise helmsman Sulu is briefly seen being greeted at the end of a voyage by his male partner and daughter.

Sulu’s partner, whose name is Ben according to the IMDB website, is played in the film by Doug Jung, the film’s other co-writer.

John Cho, who has played Sulu since the film series was rebooted in 2009, said he had initially been concerned about …read more