John Boyega’s character in the film is called Finn

The names of characters played by John Boyega, Oscar Isaac and Daisy Ridley in Star Wars: The Force Awakens have been revealed in a set of trading cards.

Director JJ Abrams confirmed the names via some old school trading cards, in a nod humorous nod to when the films were first released in the 1970s.

Boyega’s card showed his character to be called Finn, with Ridley’s named Rey and Isaac’s known as Poe Dameron.

The football-like droid, seen in the recent trailer, was revealed as BB:8. 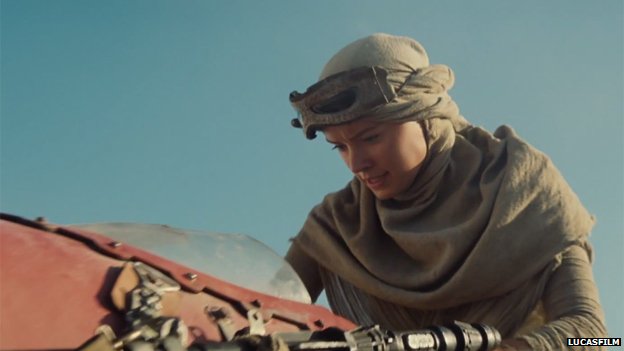 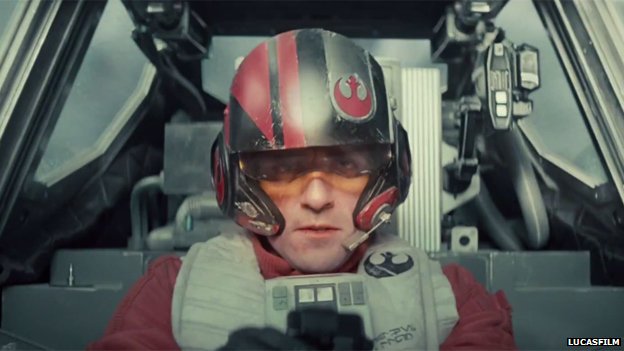 The seventh instalment of the sci-fi saga is set about 30 years after the events of Star Wars: Episode VI Return of the Jedi.

The film, which reunites original stars Mark Hamill, Harrison Ford and Carrie Fisher, is scheduled to be released in cinemas on 18 December 2015.

Two more films are planned as part of the latest Star Wars chapter.

The original Star Wars trilogy, released between 1977 and 1983, was envisioned by director Lucas as the central chunk of a nine-movie cycle.

Disney are behind the forthcoming trilogy in the franchise following a deal which saw them buy Lucasfilm for more than $4bn (£2.55bn).

This entry passed through the Full-Text RSS service – if this is your content and you’re reading it on someone else’s site, please read the FAQ …read more

Top 10 Movie Depictions of the Future

Sir Elton John and Putin will not meet