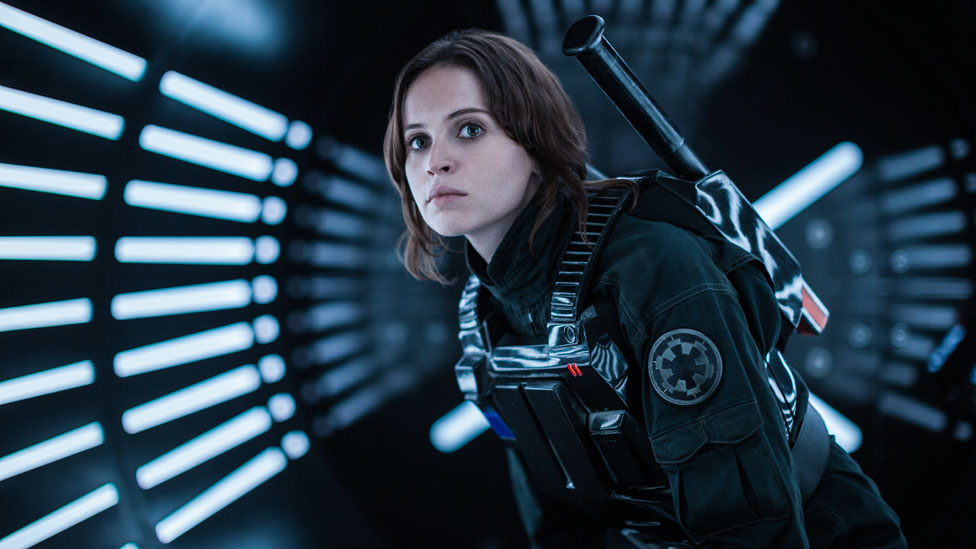 A new trailer for Star Wars spin-off Rogue One has been released, offering fans a fleeting glimpse of Darth Vader.

The trailer, seen previously only by attendees at last month’s Star Wars Celebration event in London, concludes with a shot of Vader and the sound of his trademark heavy breathing.

Felicity Jones stars in Gareth Edwards’ film as the leader of a Rebel mission to steal the plans for the Death Star.

Rogue One: A Star Wars Story will be released in the UK on 16 December.

It is set before the time of the first Star Wars film A New Hope, released in 1977, and does not form part of the main series.

“Imperial flags reign across the galaxy,” his voice continues over a shot of an Empire vessel floating above a desert landscape.

The trailer goes on to show Jyn and Cassian Andor (Diego Luna) being told about the mission for which they have been selected.

Actress Alyssa Milano, screenwriter Max Landis and DJ Edith Bowman are among those to welcome the new promo on Twitter.

US publication Entertainment Weekly, meanwhile, has assembled a frame-by-frame analysis.