The 88-second trailer for Star Wars: The Force Awakens has amassed more than 40 million YouTube views in 72 hours.

But it has also inspired a series of spoofs, including a “George Lucas edition“, which pokes fun at the director’s poorly received prequels.

The parody – viewed nearly four million times – was created by Michael Shanks and is cluttered with extra CGI and a voice-over about trade negotiations.

A Lego version of the trailer appeared within 24 hours of the original. 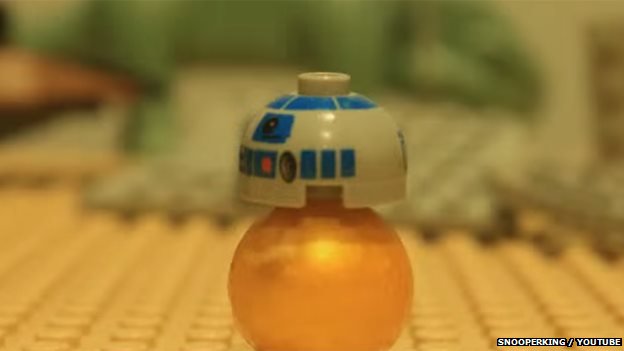 The Lego trailer was created by YouTube user SnooperKing

Pieced together brick by brick and shot by shot, the video recreates shots of a rolling R2 droid and the Millennium Falcon.

The animator also comes up with an ingenious way of replicating the new three-pronged light saber.

It has so far been seen two million times.

A third parody takes aim at director JJ Abrams, who has been hired to oversee the renewal of the sci-fi franchise.

Noting his fondness for lens flare (the director took the unusual step of apologising for over-using the effect in his Star Trek films) it adds glaring reflections to every shining surface in the trailer. 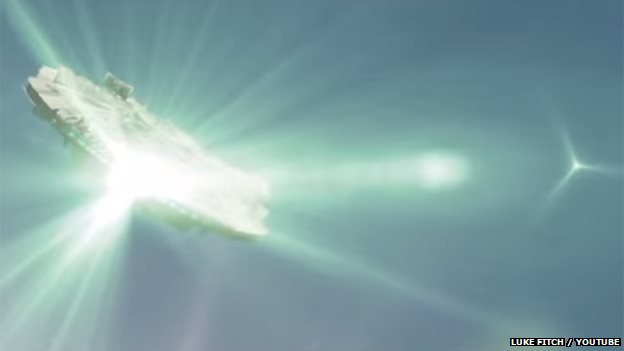 The lens flare effects obscure most of the action

The official teaser trailer – the first look at a film that is not out for another year – has generated reams of media coverage.

It opens with a simple shot of the desert and a mysterious voice (reportedly Andy Serkis) intoning: “There has been an awakening.”