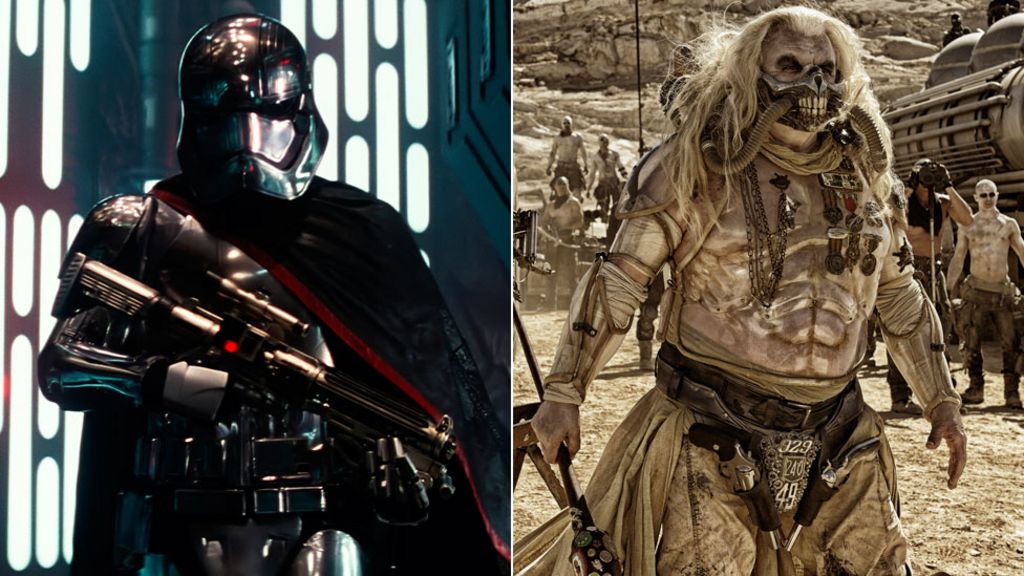 The Force Awakens was named best sci-fi/fantasy and was also honoured for its visual effects, director JJ Abrams and stars John Boyega and Daisy Ridley.

Fury Road was recognised for its make-up, costumes, soundtrack and production design at the central London event.

But neither title took home the best film award, which went to The Revenant.

Matt Damon was on hand to accept his best actor award for The Martian, while Sweden’s Alicia Vikander won best actress for The Danish Girl.

Spectre, Spy and The Hallow were named best thriller, comedy and horror respectively at a ceremony hosted by the writer and comedian David Walliams.

Spectre, the latest in the James Bond series, also won the award for best British film, a prize collected in person by director Sam Mendes.

Actor and film-maker Paddy Considine was presented the Empire Inspiration award by director Shane Meadows, who was honoured in turn for his Channel 4 TV series This is England ’90.

Stanley Tucci was presented with the Empire Hero award by his friend Miranda Richardson, returning a favour the US actor did her at an awards event last year.

Actor Alan Rickman was posthumously presented the UK film magazine’s Legend award at an event that also saw prizes go to the documentary Amy, Pixar animation Inside Out and financial crisis comedy The Big Short.

Boyega’s win in the male newcomer category came 24 hours on from this year’s Screen Nation Awards, where he was presented with the male performance in film prize.

Rowling to publish writing on US Magic