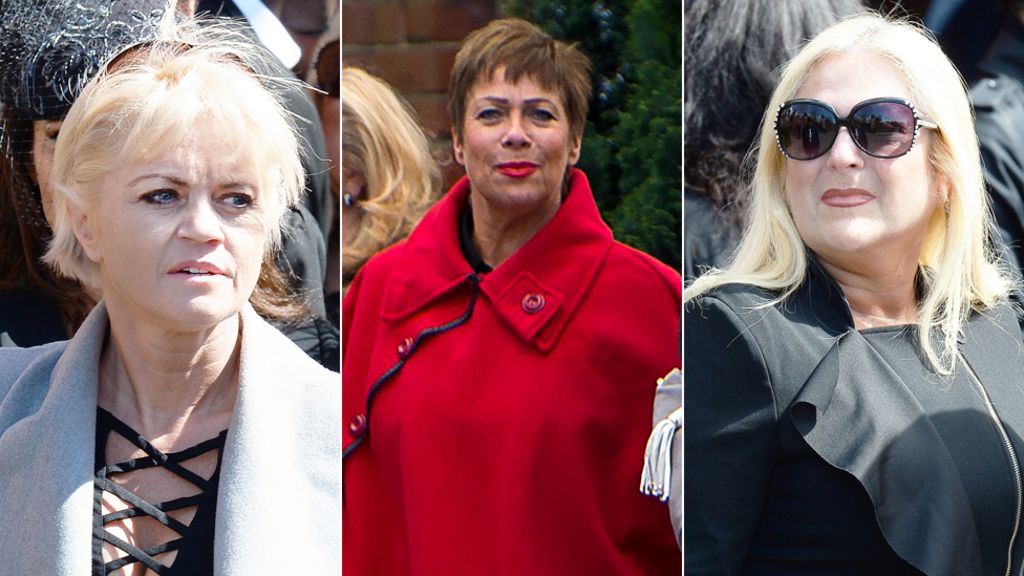 Friends of David Gest have attended his funeral at Golders Green crematorium in north London.

The entertainer and former husband of Liza Minelli died earlier this month aged 62.

The funeral took place as it was confirmed a tour announced by Gest before his death will go ahead in July.

The lyrics to Nat King Cole’s Unforgettable were seen as part of a white floral display on his coffin with a musical note and a butterfly.

Dean Gaffney, Kristina Rihanoff and Danniella Westbrook were also among those who attended the funeral.

Organisers of Gest’s tour, which was called David Gest is not Dead but Alive With Soul, said its title would be retained in keeping with David’s “mischievous sense of humour”.

The tour was named after a mix-up on this year’s Celebrity Big Brother, on which Gest was a contestant.

Pollard broke down in tears believing Gest, who was ill in bed at the time, had died.

The Alive With Soul tour includes nine dates, beginning on 1 July at York’s Barbican Centre and wrapping up in Nottingham on 13 July.

Gest’s friend Imad Handi, who has co-produced Gest’s tours for several years, said: “He may sadly be gone but his spirit is alive in the music he loved.”

Tributes will also be paid on the tour to singer Billy Paul, who was originally due to perform on the bill but died earlier this week.

Band of Gold singer Freda Payne will compere the concerts, which Mr Handi said would be a chance …read more

‘Not enough women’ in broadcasting

ITV's Victoria reigns over BBC's Are You Being...