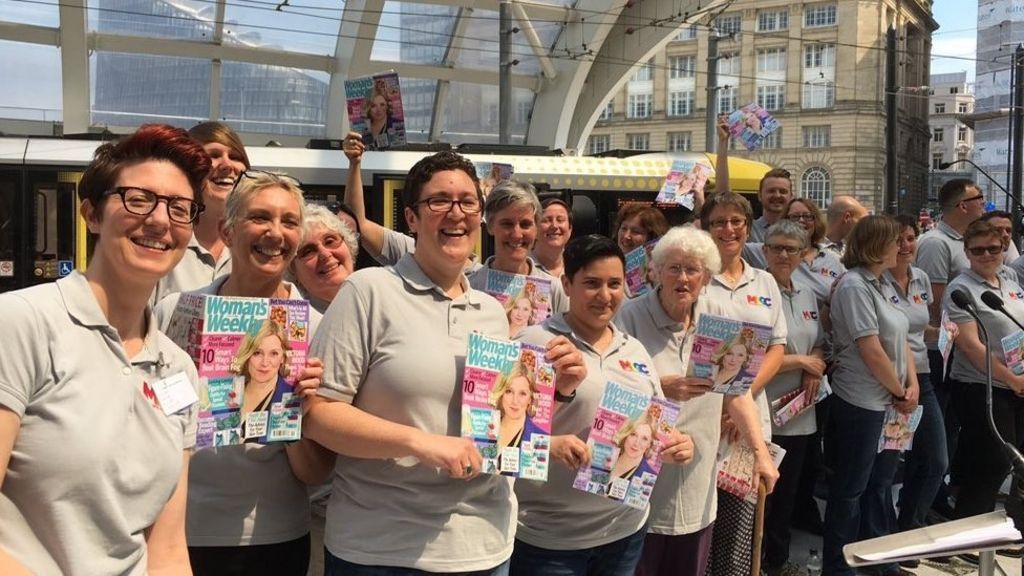 Many dressed up as her characters, with copies of Woman’s Weekly, remembered for its “beat me on the bottom” mention in The Ballad of Barry and Freda.

The event also raised money for a children’s music therapy charity, of which Victoria Wood was a patron.

The Prestwich-born comedian died in April from cancer at the age of 62.

Actor Sue Devaney, who starred in the TV series Dinnerladies alongside the comedian, said “she brought so much joy to people’s lives”.

Gazza to be charged with racial abuse

Network Rail sell-off 'on the table'