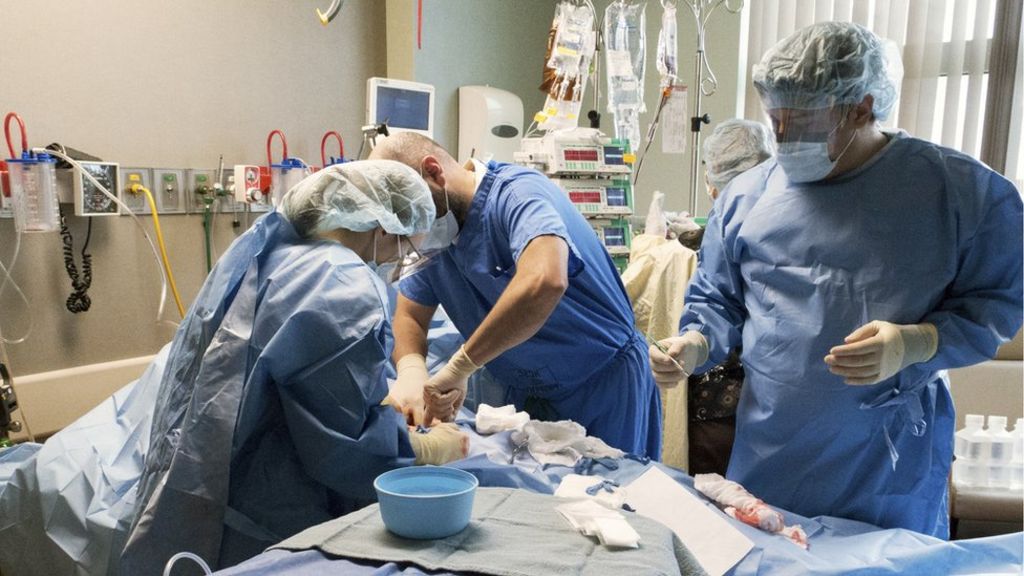 Bowel cancer patients may avoid the need for colostomy bags if they are first treated by having an expandable tube inserted at the site of their blockage, cancer doctors have said.

The new approach, presented at the world’s biggest cancer conference, showed that the tube, or stent, cut the risk of complications from surgery.

In the UK, more than a fifth of the cancers go undetected until the tumour blocks the intestines, leaving patients needing emergency surgery.

This unplanned surgery has a much higher risk of complications compared with routine surgery.

The patient is often in worse health, the swelling caused by the blockage can mean keyhole surgery is not possible so more invasive surgery is needed and there may not be a colorectal specialist surgeon on hand.

The death rate goes up from 2% for planned surgery to 12% in emergency bowel cancer surgery.

After removing the tumour and surrounding bowel, surgeons are also less likely to be able to re-plumb the bowels.

One part of the colon is often hugely distended and the other collapsing in on itself. If it cannot be put back together properly, the risk of needing a colostomy bag soars.

A trial on 250 patients was organised by Cancer Research UK. Half were treated with conventional surgery, but the others had a novel procedure to unblock the bowels.

Surgeons used an endoscope to find the precise location of the blockage and then positioned a stent at the site of obstruction.

When inserted, the tube is just 3mm in diameter. But over 48 hours it expands in response to body heat until it reaches 2.5cm in diameter, creating a new clear passageway through the intestines.

Crossrail contractors to be prosecuted over concrete death