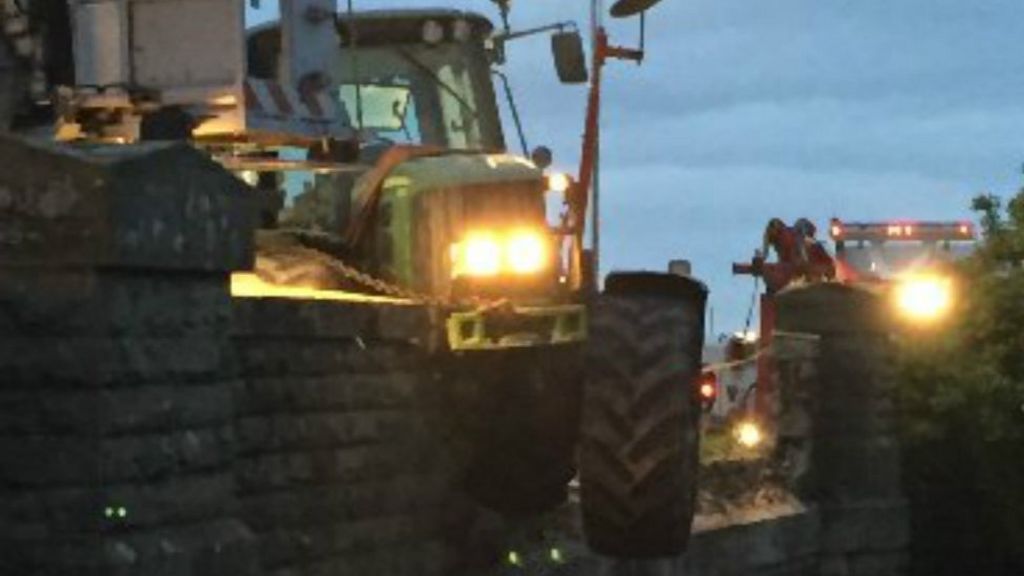 A stolen tractor smashed through a railway bridge, causing debris to fall onto the track below and damage a train that passed minutes later.

Services between Birmingham New Street and Cheltenham have been cancelled on Saturday following the crash at Abbotswood, Worcestershire.

A man was spotted running from the tractor after it hit the bridge shortly after 21:10 BST on Friday.

Work is ongoing to clear the lines, Network Rail said.

A train travelling from Cardiff to Birmingham hit the debris at 21:30 BST. It was not derailed but it did suffer damage.

The tractor was reported stolen from a farm in Drakes Broughton, Pershore.

A Network Rail spokeswoman said Cross Country services will not run south of Birmingham towards Bristol, Exeter and Plymouth.

“A tractor, believed to be stolen, hit and demolished the parapet above a railway bridge, causing debris to fall onto the track below,” she added.

“We currently have a diversion in place and train services are likely to be impacted for most of the morning. Please check before you travel.”

West Mercia Police said the suspect is described as a white man in his early 20s, wearing a purple hooded top and dark bottoms.

Football fans give shirts to homeless