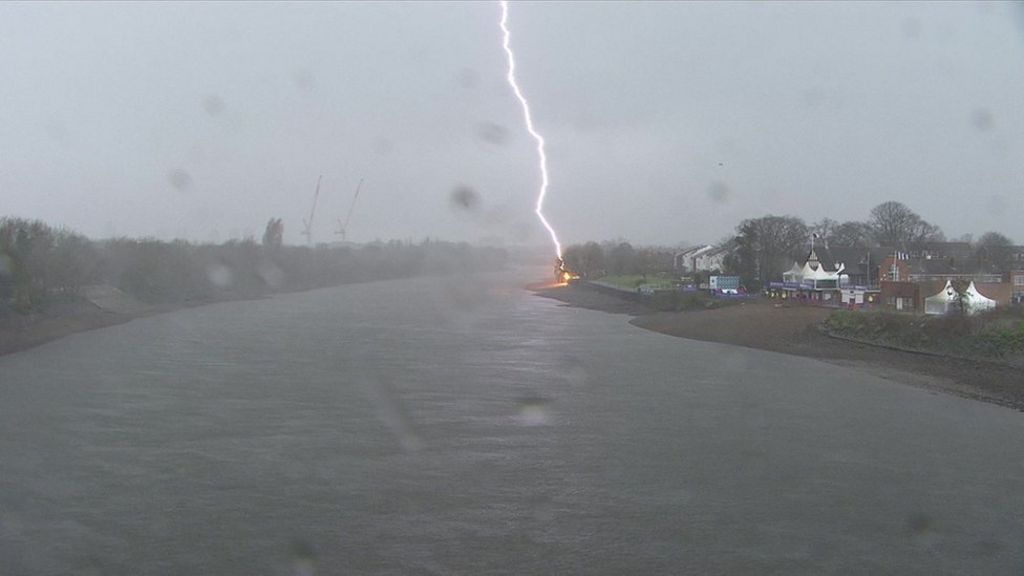 The Met Office issued an amber warning for winds for London and the South East with a yellow alert for the east and south-west of England and south Wales.

More than 10 flights heading to Gatwick had to be diverted to other airports.

The planes diverted from Gatwick had all been due to land at the Sussex airport after midnight. Other flights have been delayed.

The flights were diverted to airports including Birmingham, Liverpool, Manchester, Stansted and East Midlands.

Some of the flights had made aborted attempts to land at Gatwick.

Twitter user @michelegrant wrote: “Truly thankful to be on the ground in Stansted after terrifying failed attempts to land at Gatwick in #StormKatie.”

The Met Office tweeted that gusts of 77mph had been recorded in the South West at Berry Head and The Needles.

BBC weather forecaster Nick Miller said: “It is particularly southern parts of England bearing the brunt of Storm Katie but also into parts of East Anglia as well, with these potentially damaging and disruptive gusts of wind of 60 to 70 miles per hour – but possibly more in the most exposed areas.

“It won’t be until Easter Monday afternoon before things gradually improve across parts of eastern England.”

Two arrested over death near mosque