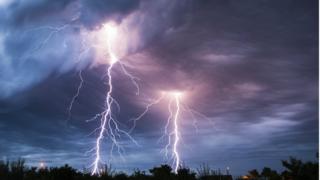 Barney, Desmond, Steve, Tegan and Wendy are among the names chosen by members of the public to identify future storms affecting the UK and Ireland.

It is hoped that naming storms will help raise awareness of severe weather and ensure people protect themselves.

A storm will be named when it is deemed potentially able to cause “substantial” impact on the UK or Ireland.

Stonehenge solstice: Number of revellers falls by half