Singer Barbra Streisand has created US chart history by becoming the first artist to score number one albums in each of the last six decades.

The 72-year-old’s first number one album, People, was achieved almost 50 years ago in October 1964.

Streisand’s latest hit also makes her the only female singer to clock up 10 number one albums in the US.

The musician now stands at number four in the all-time list of album chart-topping acts in the US, behind The Beatles, who lead the hall of fame with 19 number ones.

Jay Z is second with 13, while Bruce Springsteen is in third place with 11 best-selling albums.

Streisand ties for fourth with Elvis Presley, who is featured on her latest work.

The album is a collection of classic songs with high profile singing partners, including Stevie Wonder, Josh Groban and Billy Joel, with whom she performs New York State of Mind.

She outsold Chris Brown and country star Tina McGraw to take the number one spot. 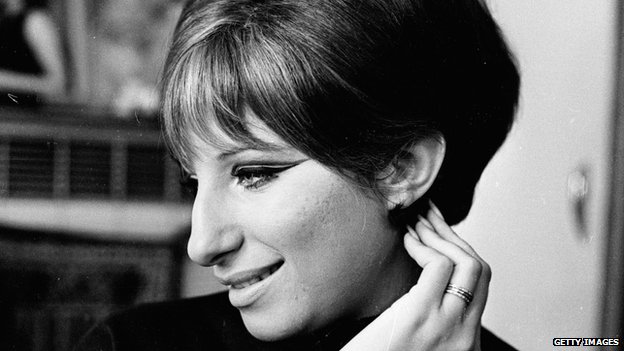 The singer’s chart success began in the 1960s

Streisand’s albums which have reached the pinnacle of the US chart in previous decades include The Way We Were in 1974 and two other ’70s releases.

Two of her records made the grade in the 1980s including Guilty, spawning a hit title track performed by Barry Gibb and the US number one single Woman In Love.

She had two number ones in the 1990s, while her most recent chart-topper was Love Is The Answer in 2009.