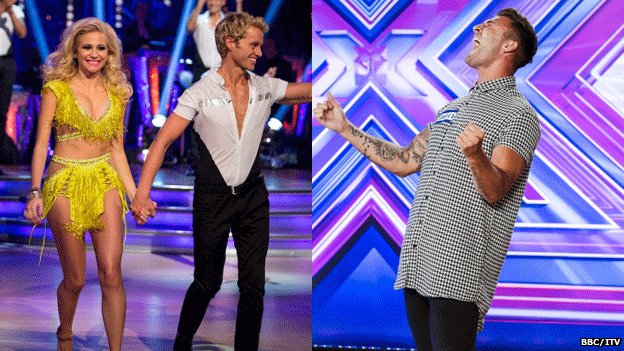 BBC One show Strictly Come Dancing has beaten ITV’s X Factor in the overnight ratings on its return to the autumn schedule.

Strictly attracted an average of 8.4m viewers on Sunday, while The X Factor was watched by 7m.

The entertainment big-hitters went head to head from 20.00 BST.

The X Factor launched last weekend, watched by an average of 9.3m, as Cheryl Fernandez-Versini and Simon Cowell re-joined the judging panel. 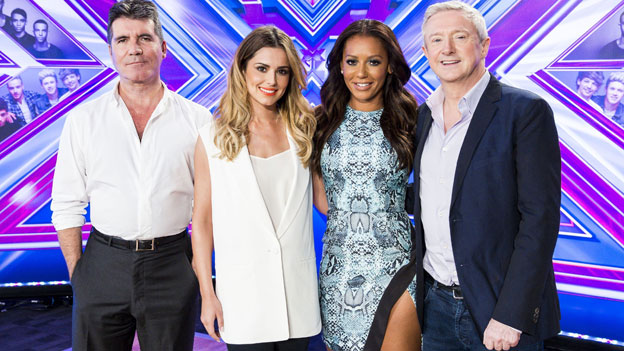 Saturday’s edition of The X Factor was watched by an average of 8.7 million people, according to overnight ratings. 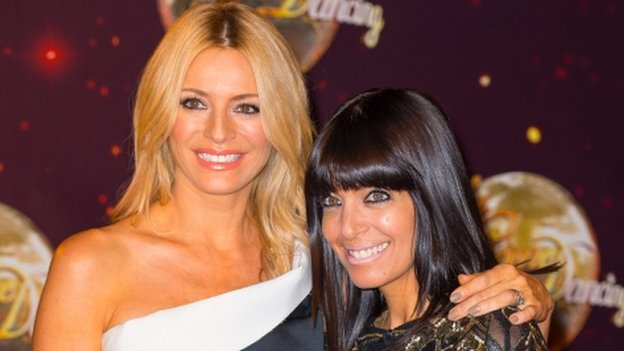 It marks the first time in several years that the two have clashed.

Quoting the peak audience figures, Cowell tweeted: “So the numbers are in. Strictly peak 9.4. X Factor peak 9.2. Round one to them. Such a shame they were both on at the same time!”

The BBC said the overlap was unavoidable because it had scheduled Strictly to avoid clashing with an extra edition of Coronation Street.

Taylor Swift sued over Shake It Off

Dr. Dre: The wait is finally over