The BBC said the first section of the two-part final had an average of 10.6 million, although the peak figure was down by one million on last year.

Saturday night’s results show peaked at 11.2 million viewers and had an average of 10.2 million people watching.

Last year the audience was as high as 12.6 million when model Abbey Clancy won the show, and in 2010 it was up to 13 million.

As a share of the total TV audience, the first programme had 46.4% and the results show recorded 42.6%. 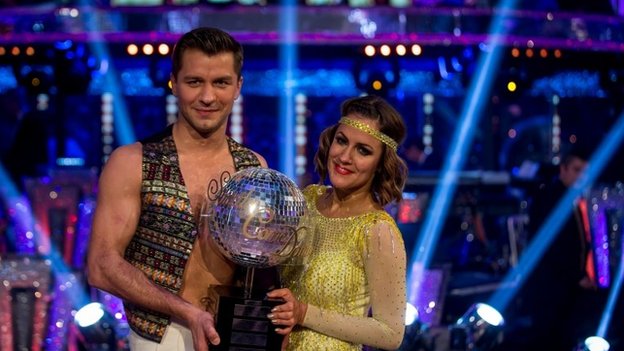 Last week, ratings rival X Factor had its lowest ever audience for a final with an average of 9.1 million watching Ben Haenow win.

That was down eight million on the 2010 final when 17.2 million saw Matt Cardle’s victory in the ITV talent show.

In the final of Strictly Come Dancing, Flack was partnered by Pasha Kovalev. They beat The Saturdays’ Bridge and Kevin Clifton, and Blue’s Webbe and Kristina Rihanoff. Wright and Karen Hauer were eliminated at an earlier stage.

Flack was also the judges’ favourite, with three perfect scores of 40, a first for a Strictly final.

After lifting the glitterball trophy, she said it was “the best experience of my whole life”, adding: “I still can’t believe it’s happening. It doesn’t feel real in any way.”