Strongman risking death for a dream? 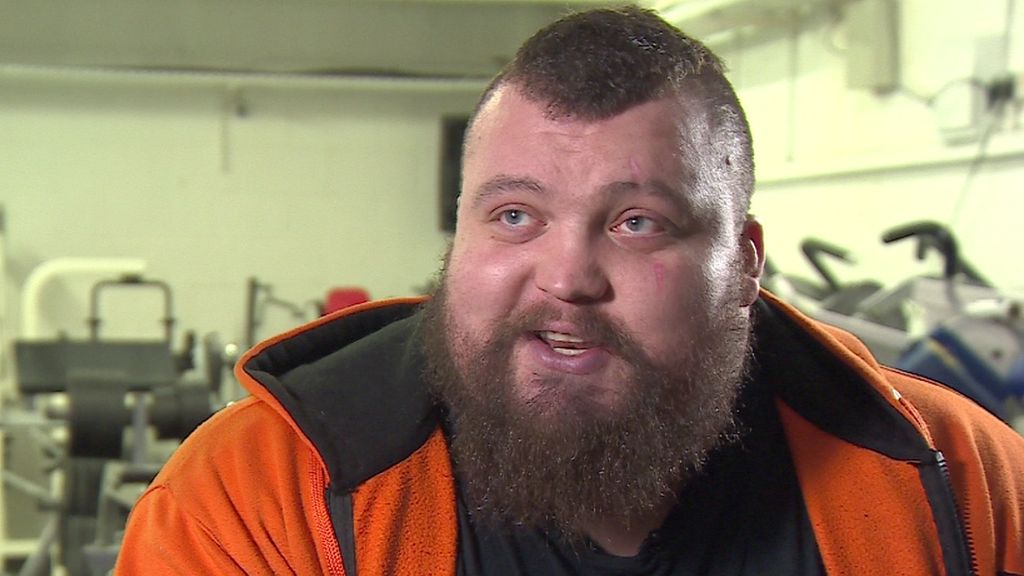 The World’s Strongest Man competition is just a few months away and Briton Eddie Hall is bidding to fulfil a life-long ambition of winning the title. But the 28-year-old admits he could well “die trying” to achieve that dream.

Hall, a father-of-two from Newcastle-Under-Lyme, Staffordshire, has dedicated the past five years of his life to extreme training, polishing off a staggering 10,000 calories a day.

His chest size is 66 inches and he wears 5XL clothes.

But he is fully aware pushing his body to the limit could very well take its toll.

“Yes I’m doing damage to my body now,” Hall told BBC Inside Out. “The human body isn’t designed to be this size.

“But the same as any sport – you’ve got to push the boundaries to be the best.

But, how far is too far in his bid to rewrite the record books again?

To see the stress and strain he puts his body under, Hall underwent five hours of scientific testing at Staffordshire University.

He also had an Electrocardiogram (ECG) to check if his body really could cope with the gruelling extreme weight training.

In the middle of the tests, they had to break for lunch. Hall has to eat every two hours and he had …read more

Fire breaks out at London mosque