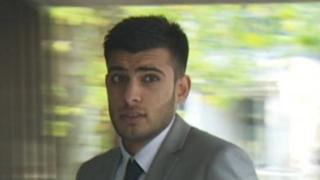 A student who tried to travel to Syria to fight for so-called Islamic State has been jailed for four years.

Ednane Mahmood, from Blackburn, fled his home after stating his desire to “fight abroad for Allah”.

The 19-year-old was found guilty at Manchester Crown Court in November of planning acts of terrorism and disseminating terrorist publications.

He denied providing internet links to others with speeches and propaganda that encouraged acts of terrorism.