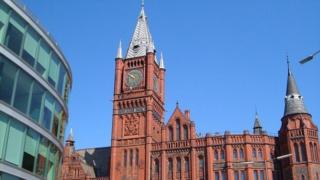 A university has withdrawn official recognition from a student society after a play script culminated in a character being drugged and raped.

The 2014 script, proposed by medical students for a concert at the University of Liverpool, mocked the anti-rape slogan “no means no”.

The university and its student guild investigated following complaints.

They said Liverpool Medical Students’ Society (LMSS) could no longer use university or guild services.

The script, which also …read more