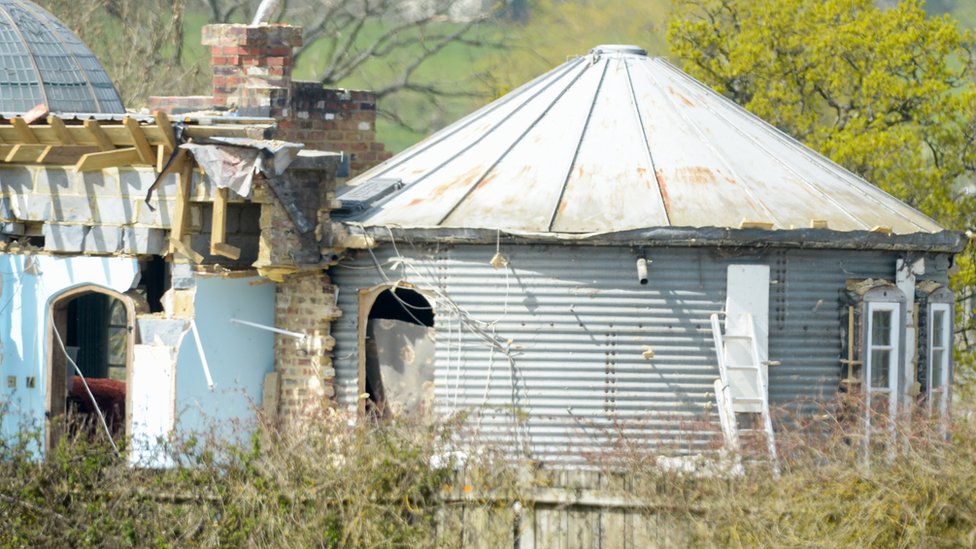 A farmer who built a mock-Tudor castle without planning consent and hid it behind bales of hay for years has complied with orders to demolish it, the local planning authority has said.

Robert Fidler, who built the house at Salfords in the Surrey greenbelt, was ordered to tear it down or face jail.

Reigate and Banstead Borough Council officers visited the site on Wednesday and confirmed he had taken action.

The council said: “This now brings matters to a close.”

Mr Fidler, who has not yet commented to the BBC, began taking down the structure in March after he lost a High Court fight to save his home.

The first enforcement order was served by the council nearly 10 years ago and almost a decade of legal battles followed – along with a 1,840-strong petition to save the property.

Later, a High Court injunction required him to remove the house and other unlawful structures and return the land to its former state.

At a hearing on 6 June, Mr Justice Dove granted a four-week adjournment for Mr Fidler to remove remaining structures, including brickwork, a patio, a garden wall, steps and a pond to comply fully with the order.

A council spokeswoman said officers had previously advised Mr Fidler on how he could lawfully provide accommodation in other buildings on his site.