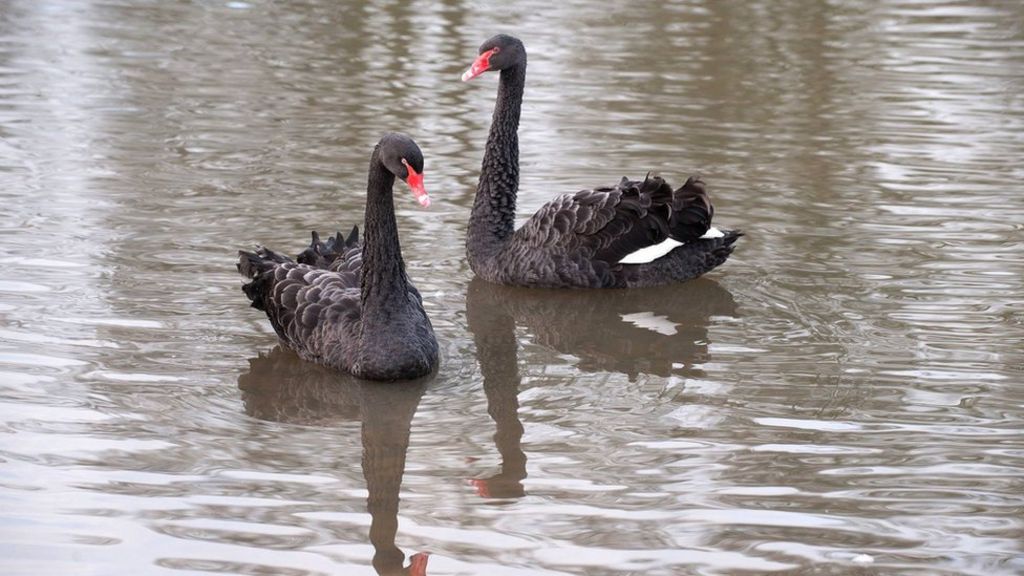 A hungry otter has been blamed for the “savage” death of a black swan at a historic house in North Yorkshire.

Roland, one of a pair of swans at Markenfield Hall near Ripon, was found dead in the moat on 14 April.

Staff at the 14th Century manor later managed to capture the suspect otter on film.

Owner Ian Curteis said the otter was caught on camera after his swan was “completely savaged” by some unknown creature last week.

He said footage from a motion-sensor equipped camera revealed “a three and a half foot otter, virtually wiping his mouth with his napkin and putting down his knife and fork”.

Roland’s female partner, Sylvia, has been removed from the moat for her own safety. Staff said they hoped the otter would eventually move on.

Otters are a protected species in the UK and cannot be killed, captured or sold.

The black swan is native to Australia and was largely brought into the UK for ornamental purposes.

Watson 'must apologise' over Brittan