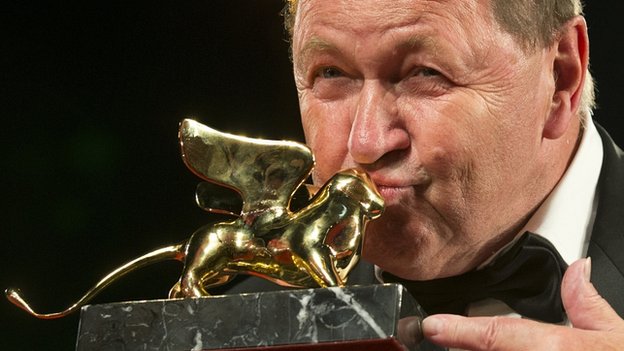 Roy Andersson’s films have won a cult following in Europe

The offbeat movie was hailed by critics for its moving exploration of what it means to be human.

The film widely tipped for the award – Joshua Oppenheimer’s The Look of Silence – won the Grand Jury prize.

US actor Adam Driver won best actor for his portrayal of a father trying to save his baby son’s life in Saverio Costanzo’s New-York based tale Hungry Hearts.