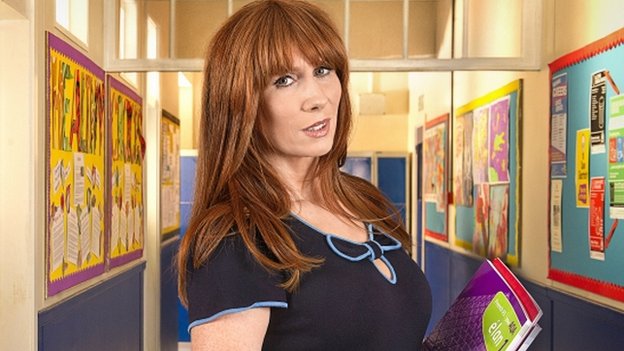 TV comedienne Catherine Tate is to take to the stage later this year, playing a woman who attempted to assassinate US president Gerald Ford in 1975.

The former Doctor Who star will join Mike McShane and Andy Nyman in the Menier Chocolate Factory revival of Stephen Sondheim’s musical Assassins.

First staged in 1990, the show brings together people who have tried to kill the US president, some successfully.

Jamie Lloyd will direct the production at the South London venue.

Tate, who can currently be seen in BBC One sitcom Big School, will play Sara Jane Moore in the show from 21 November until 8 February.

Another performer will take her role for the rest of the musical’s run, which concludes at the Menier on 7 March 2015.

Meanwhile, it has been confirmed that Beautiful, the hit Broadway musical about Carole King, will open in the West End next year.

Based on the early life and career of the legendary singer-songwriter, the show opens at London’s Aldwych theatre on 10 February.

The Crystal Maze is coming back with Richard...