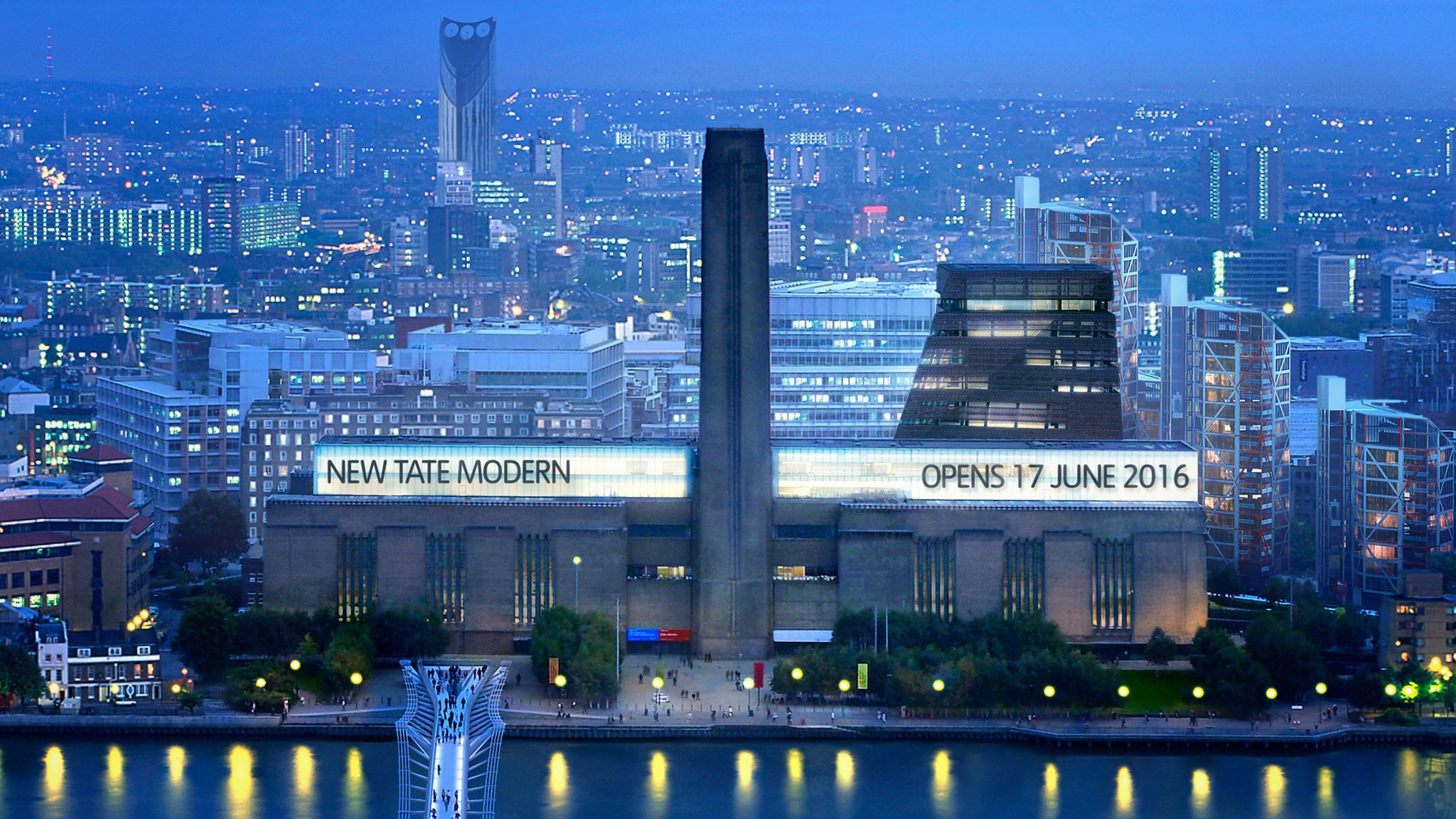 Tate Modern’s new extension, a pyramid-like tower that transforms London’s skyline, has been been unveiled ahead of its official opening.

The tower, billed as Britain’s most important new cultural building in two decades, is part of a £260m revamp at the famous modern art museum.

It will allow 60% more artworks from the Tate collection to go on show.

The project has been undertaken by architects Herzog & de Meuron, who transformed the derelict Bankside Power Station into Tate Modern in 2000.

The new building, known as the Switch House, rises almost 65 metres to the south of Tate Modern’s huge Turbine Hall.

The windows and the viewing terrace appear as “cuts” in the surface which is clad with 336,000 bricks.

The tower is built above the former power station’s subterranean oil tanks which were converted into performance spaces in time for the 2012 Olympics.

Plans for the project were initially approved in 2007 because the gallery space was designed for two million visitors each year, but was attracting five million. Building work began in 2010.

Tate bosses have previously described the gallery’s £260m revamp as “one of the largest cultural fundraising campaigns ever launched”.

Significant donations have come from the government, the Greater London Authority, Southwark Council and private foundations and individuals.

The Tate Modern relaunch will be accompanied by a complete rehang of the gallery’s artworks which will showcase more than 300 artists from about 50 countries.

Works by Mark Rothko, Agnes Martin and Joseph Beuys will be joined by new acquisitions by Meschac Gaba, Sheela Gowda and Cildo Meireles.