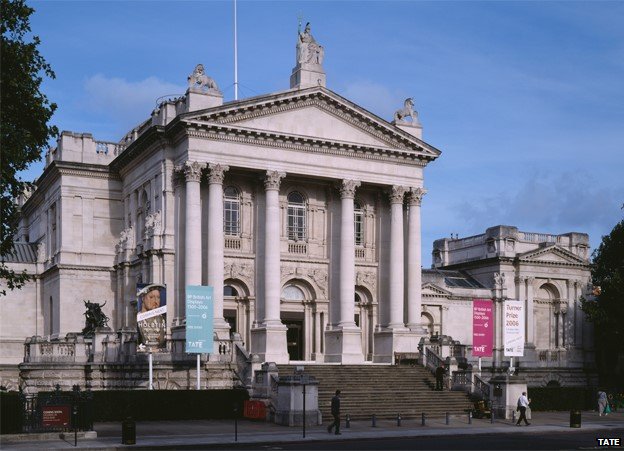 Tate has revealed oil giant BP donated £3.8m to its galleries as part of its sponsorship deal over a 17-year period.

The figures have been released after Tate lost a three-year Freedom of Information battle, brought by environmental campaigners.

Activist group Platform said Tate should cut its ties with the oil industry for ethical reasons, as the money was “easily replaceable” .

Tate said BP’s sponsorship “fits in” with its “ethical policy”.

BP’s sponsorship of Tate and other cultural institutions, including the British Museum and Royal Opera House, has prompted protests from campaigners.

In 2012, the oil giant announced it would donate £10m over five years to four cultural institutions.

Platform claims BP is using its donations to buy “cultural power”, in an effort to improve its corporate image which, the campaigners say, was damaged by its environmental record, including the 2010 Gulf oil spill.

“It’s really urgent for the world to get off fossil fuels and to stop extracting oil – so it’s important for institutions to cut their ties with the oil industry,” Platform’s Anna Galkina told BBC Radio 4’s Front Row.

“BP have had their logo plastered all over Tate for 26 years now and some people might assume because it’s such a prominent sponsorship it’s worth millions. The new information shows it’s not that much money, so it should be easily replaceable.”

Along with the figures, Tate also released minutes from its ethics committee, which debated in 2010 whether it should continue with BP’s sponsorship.

Who Could THE ROCK Beat in a FIGHT?!