Home Entertainment Taylor Swift is the world's highest-paid celebrity, according to Forbes
Entertainment

Taylor Swift is the world's highest-paid celebrity, according to Forbes 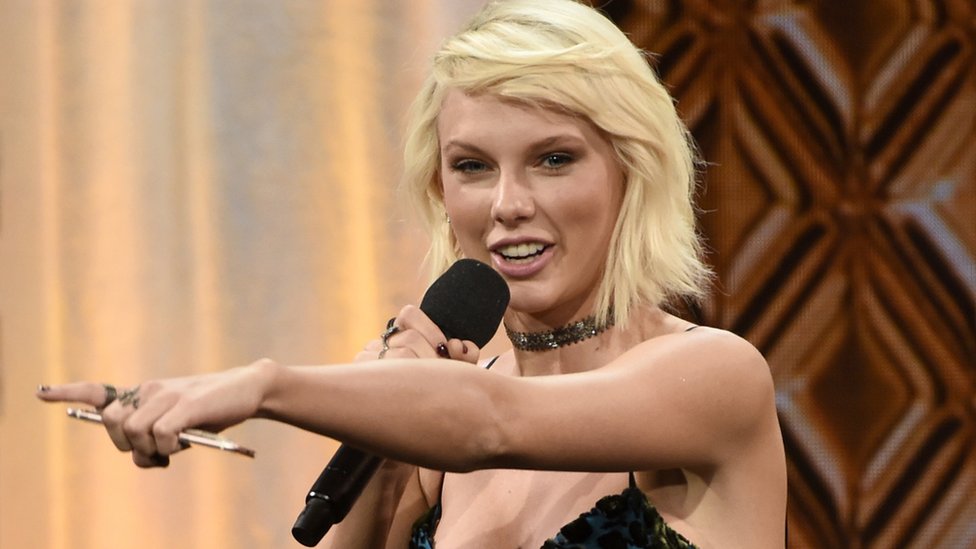 Kim Kardashian is featured on the magazine’s cover.

Forbes says 40% of her pay this year came from her mobile game Kim Kardashian: Hollywood.

The game’s maker, Glu Mobile, is scheduled to release an app starring Taylor Swift next year.

“The world’s 100 highest-paid celebrities pulled in $5.1bn (£3.9bn) pre-tax over the past 12 months, more than the GDP of Belize, Gambia and Bhutan combined,” Forbes said.

“From soccer games in Spain to concerts in China, fans are willing to shell out to see big names – and this is driving the celebrity economy to ever greater heights,” he said in a statement.

On the Hollywood front, Jennifer Lawrence was the industry’s highest-paid actress for the second consecutive year, earning $46m (£35.1m), a slight drop from the $52m (£39.7m) The Hunger Games star banked the year before.

Don Draper’s pitch for an advertising campaign has...

'Just believe you're a four-year-old pig'

The gay son who inspired Sebastian Barry to...