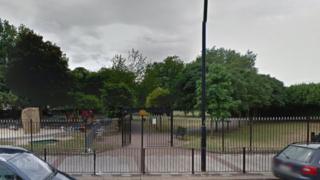 A teenager has been charged with the murder of a 27-year-old man in an east London park.

The victim, who has not been named, was found stabbed in Plaistow Park, Newham, on 29 January.

He was taken to hospital for treatment but died of his injuries three days later.

A post-mortem examination found the cause of death was stab wounds to the abdomen.