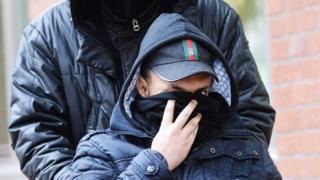 Teenage girls in Rotherham were “targeted” and “subjected to acts of a degrading and violent nature”, a jury has been told.

Five men and two women face more than 60 charges including rape and false imprisonment over a 10-year period.

Opening the case for the prosecution, Michelle Colborne QC told Sheffield Crown Court: “It is alleged that in differing ways they facilitated the sexual abuse of teenage girls.”

The seven defendants deny all charges.

Updates on this and other stories in South Yorkshire