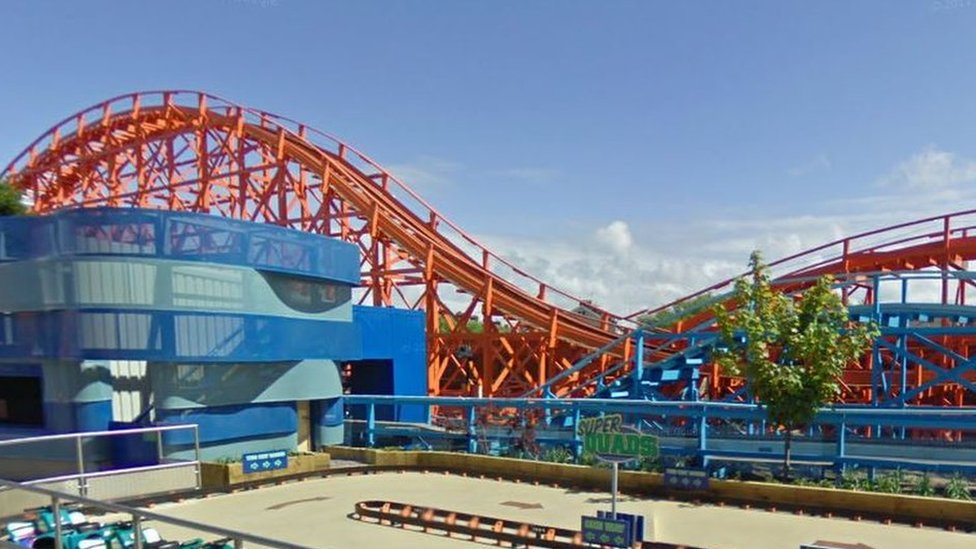 The pair climbed over locked gates to take control of the theme park’s Blue Flyer ride shortly after 04:00 BST.

They flicked the switch and took a trip on the 82-year-old ride before they also raided a cafe, the Blackpool Gazette reported.

A 15-year-old boy was given a community resolution order following Friday’s break-in.

A statement from Blackpool Pleasure Beach said: “They managed to operate the ride some time before security patrols discovered them at 04:50.

“From CCTV footage we understand the intruders were at the ride for up to 30 minutes.

“During this time two youths can be seen on the ride.”

The statement added: “Following the break-in, the ride has been fully inspected and is operational and open to the public.”

The Blue Flyer, based in the Nikelodeon Land section of the theme park, is a wooden rollercoaster designed for children.

Community resolution orders are a way of dealing with low level crimes which do not result in the offender going to court or receiving a criminal record, Lancashire Police said.

Alice inquest 'should be widened'