Teesside can be 'bustling powerhouse' 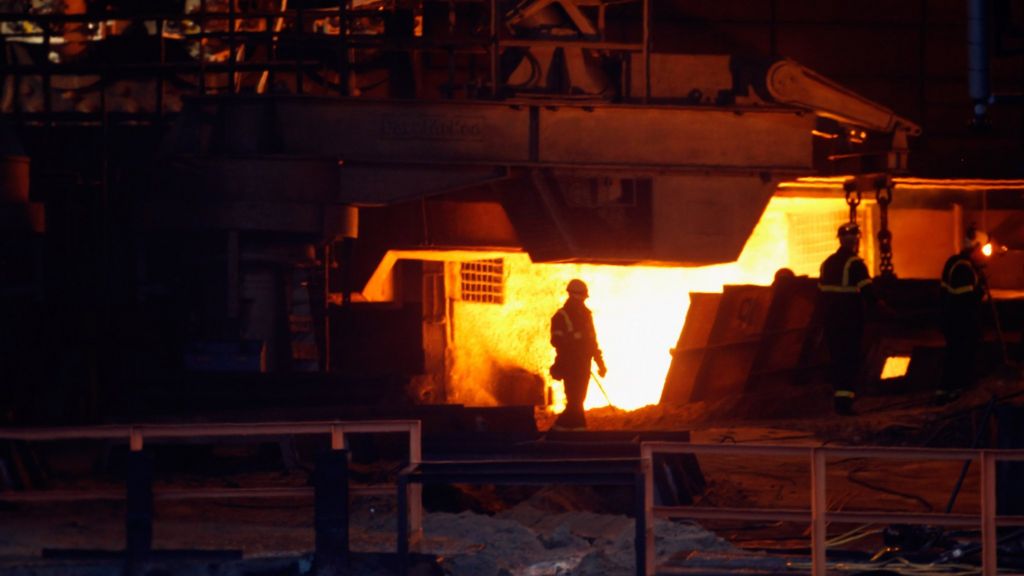 The Tees Valley, where thousands of jobs were lost when a steelworks closed, can become a “bustling powerhouse of economic activity”, an independent report will say.

The report by Lord Heseltine is looking at encouraging growth following the closure of Redcar’s SSI steelworks.

The proposals include a new development corporation for the area, more starter homes and plans to encourage tourism.

About 3,000 direct and indirect jobs were lost after the plant closed.

The former Conservative deputy prime minister’s 90-page report includes proposals for a new development corporation for the area, with a board made up of local business people and local authority leaders.

They have been charged with drawing up proposals for the use of the former steelworks site.

Lord Heseltine also wants to see more apprenticeships created, as well as a change in the industrial identity of Teesside to try to attract tourists.

The works have been in the hands of receivers since the site’s owner Sahaviriya Steel Industries UK (SSI) was wound up on 2 October.

The closure of the coke ovens and blast furnace saw the end of steel production at the 98-year-old Redcar works.

Lord Heseltine was asked by Business Secretary Sajid Javid to look at ways of bringing investment to Teesside after the site closed.

SSI blamed a global slump in the value of steel for its original decision to mothball the Redcar works.

Abba give first performance in 30 years

Dementia now leading cause of death

Johnson: Difficult to say 'no' to Syria strike