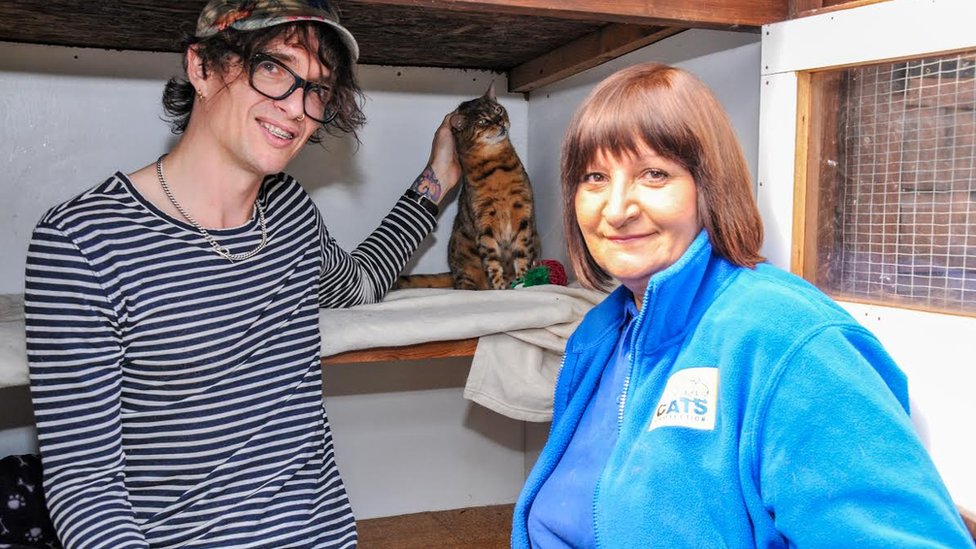 The lead singer of rock band The Darkness has been reunited with his beloved pet cat three years after she went missing.

Justin Hawkins’ pet Cully was found wandering the streets of Lowestoft, Suffolk, where the “I Believe In A Thing Called Love” singer used to live.

A scan of her microchip revealed she had a famous owner, who rushed back from his band’s tour to collect her.

“I always knew in my heart that she was still alive,” Hawkins said.

“She’s always loved the great outdoors. I periodically checked in with the relevant databases and kept my details up-to-date because I knew this day would come.”

on this story and other Suffolk news

Staff from the Anglia Coastal Branch of Cats Protection, where Bengal Cully was taken, said Hawkins was delighted to hear his pet was alive and well.

“When the owner’s details came up, I thought the name sounded familiar as my boyfriend is a fan,” said branch coordinator Delphine Wood.

“I was just relived there was a phone number and it was up-to-date.

“I contacted Justin and he was so thrilled to hear Cully was alive, fit and well. It was clear how much Cully meant to him.”

Hawkins and his pet have since returned to Switzerland, where the singer now lives.

Mourinho will not take sabbatical