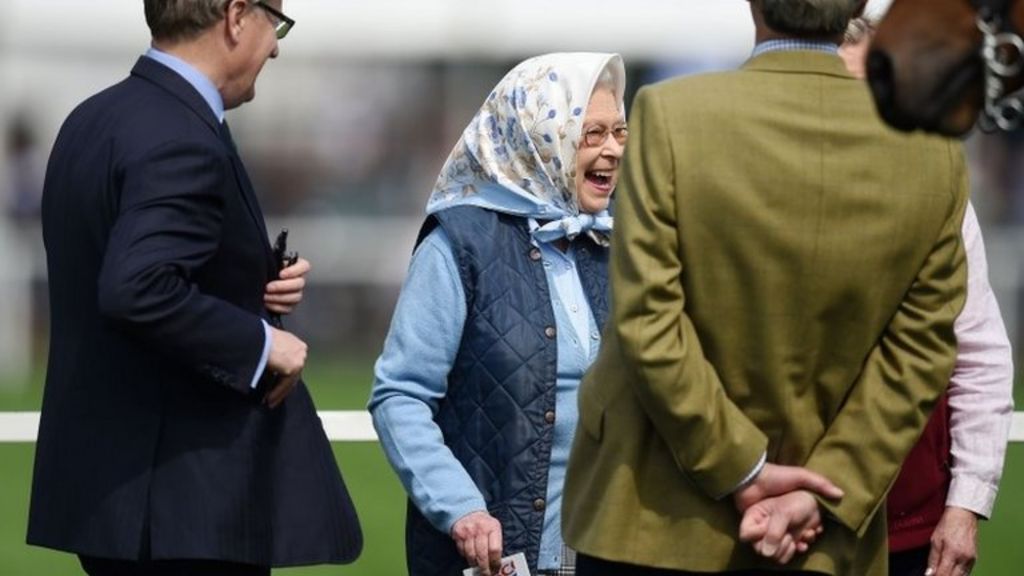 The Queen has won a Tesco voucher after her horse was victorious at the Royal Windsor Horse Show.

The monarch appeared delighted as she was handed the gift card, thought to be worth £50.

Buckingham Palace declined to comment on how the prize would be used or whether the Queen uses vouchers.

The four-day event, which has been hampered by flooding, includes an event celebrating the Queen’s 90th birthday.

There will be an evening of music and equestrian displays involving 900 horses and more than 1,500 participants.

Wednesday’s preview performance was affected by bad weather, with a waterlogged car park forcing its cancellation.

It was the first time in the equine event’s 66-year history that people had been turned away due to the weather.

About 10,000 people, including the Queen were expected to attend.