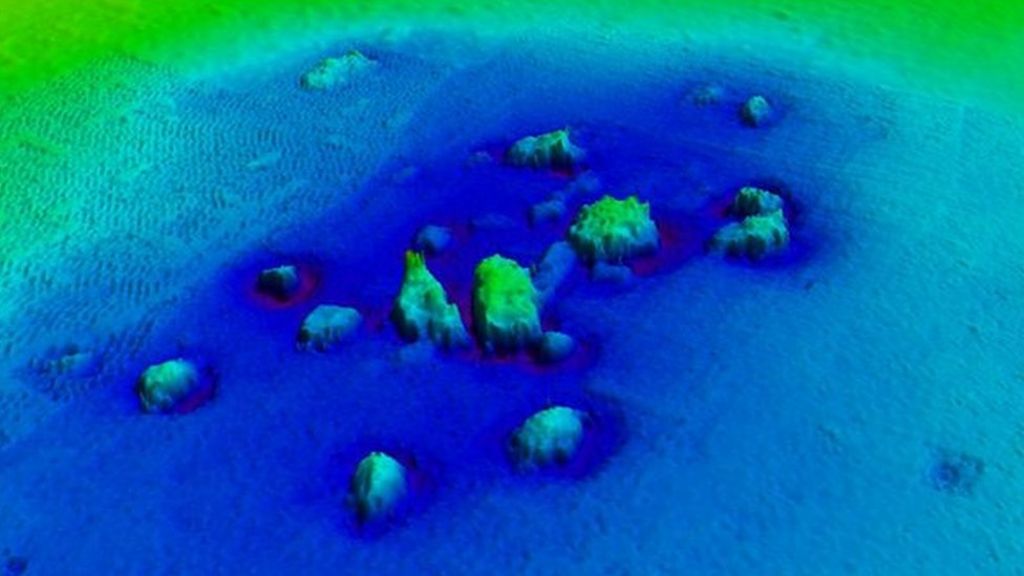 Evidence of violent storms that destroyed a lost town known as Britain’s Atlantis has been uncovered.

The finds were uncovered off the coast of Dunwich, Suffolk – a small village which in the 11th Century was one of the largest towns in England.

The town was hit by a succession of storms in the 13th and 14th centuries and is now largely below the sea.

Professor David Sear, of the University of Southampton, said Dunwich was hit by huge storms on an annual basis.

The three-year research off Dunwich has been funded by Touching the Tide, a £900,000 Heritage Lottery Fund scheme to explore the changing Suffolk coast.

A diver used ultrasound to “illuminate” finds on the seabed, and the marshes and eroding cliffs were surveyed.

“It offers a marvellous history of climate change and coastal erosion,” said Prof Sear with regards to the findings.

In the 11th Century, Dunwich was the 10th largest town in England, but now has about 120 residents.

Two great storms in 1286 and 1326 resulted in the loss of its harbour and started its decline.

Prof Sear said pollen analysis revealed how “people gave up on Dunwich” after 1338, when another great storm silted up the port for good, and food production declined.

Sediment gathered from the cliffs, he said, “independently confirmed the sequences of storms recorded in the historical record”.

Dating of the old defensive town ditch produced a result which surprised the researchers – suggesting the town’s origins date back to the Iron Age.

The underwater research has been carried out using acoustic imaging technology, and has unearthed a series of buildings.