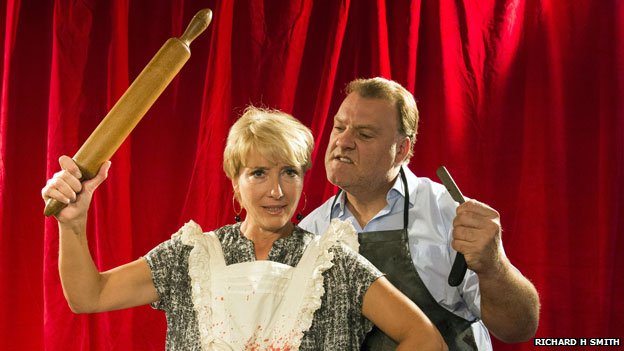 Oscar-winning actress Emma Thompson has revealed her recent stage comeback in New York was a “beautiful, inspiring” experience that brought her to tears.

“It was magical to be in front of an audience again,” she said of her role in Stephen Sondheim’s Sweeney Todd at the Lincoln Center. “It made me weep.”

Thompson and co-star Bryn Terfel will reunite in 2015 when their production is revived at the London Coliseum.

The semi-staged production will have a limited run of 13 performances only.

Thompson said it was “like a dream coming true” to be invited to bring Sweeney Todd to London following its five-performance run in New York in March.

“It was so terrible to think of it ending,” explained the actress, who plays eccentric pie-maker Mrs Lovett to Terfel’s serial-killing Demon Barber of Fleet Street.

The 55-year-old, who has won Oscars for both acting and screenwriting, said she was hoping there would be “a slight improvement” when she reprises her role next March, “and by that I mean no nausea”.

“If I can manage the fear without the nausea I’ll be fine,” she continued, describing Sondheim’s Tony-winning score as “very difficult and fantastically complex”. 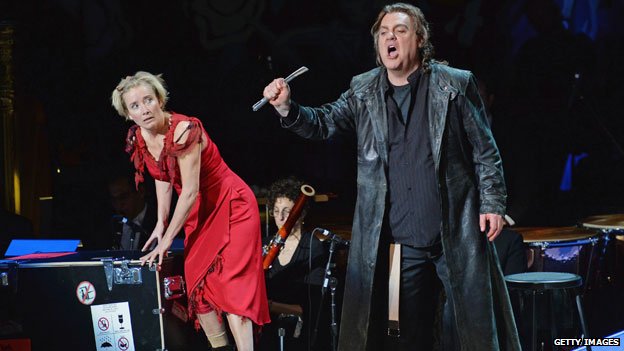 Welsh bass-baritone Terfel described the role of Todd – recently played on stage by Michael Ball and on film by Johnny Depp – as “an incredible vocal vehicle”.

“Sweeney is definitely, undoubtedly operatic,” said the 48-year-old, who likened the part to Scarpia, the sinister chief of police in Puccini’s opera …read more

How real-life events can delay films

Pharrell the musical: Coming to a screen near...

Birdman given boost in Oscars race