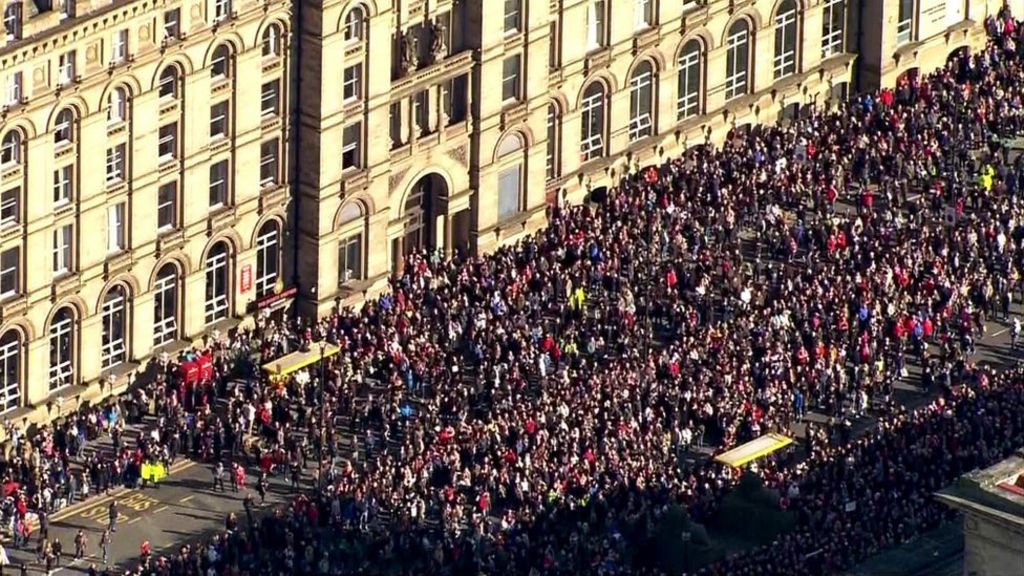 Thousands of people are attending a vigil in Liverpool in memory of those who died in the Hillsborough disaster.

The event follows the conclusion of the inquests into the deaths of the 96 victims in 1989, which determined the fans were unlawfully killed.

Flowers and scarves have been laid on the steps of St George’s Hall in the city centre.

Earlier, the chief constable of South Yorkshire was suspended in the wake of the inquests’ findings.

To huge cheers and applause, the families of the Hillsborough victims were led out to the front of the Plateau by Mayor Joe Anderson and Lord Mayor Tony Concepcion.

He said a mountain of lies had fallen down as a result of the inquests’ findings.

The families were greeted with the chant “Justice For The 96.”

The event includes tributes, music, speeches and moments of reflection.

Huge banners with the words Truth and Justice, which include the names of all 96 who died, were unfurled on Wednesday at St George’s Hall along with 96 lanterns.