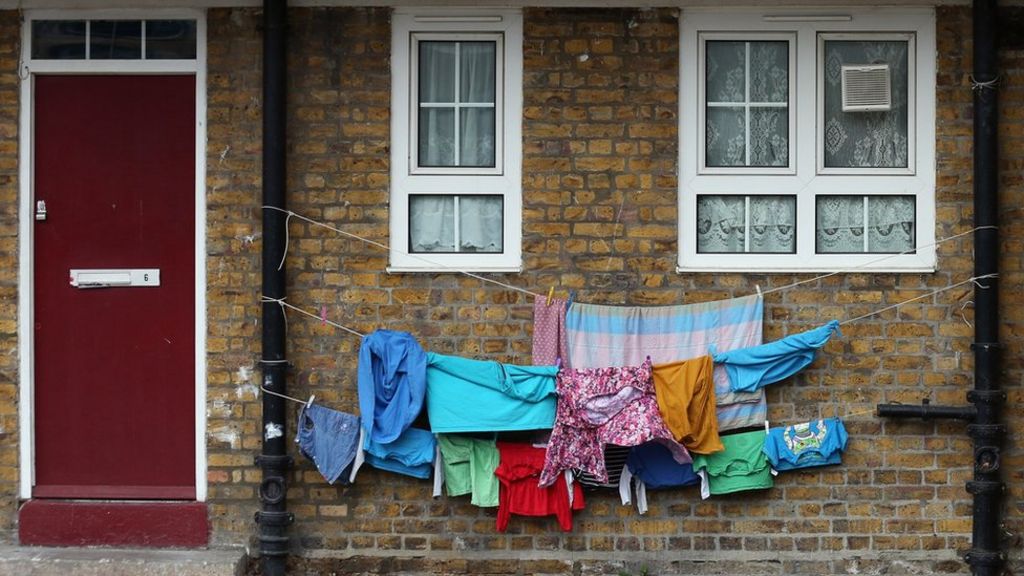 Rising numbers of children do not get enough to eat, says the All Party Parliamentary Group on Hunger.

“For a minority of children, the school lunchtime represents the only chance each day to eat something substantial,” the group reported.

The government said it was committed to an “all-out war” on food poverty.

The report urges the government to use some of the money from the new sugar tax to extend free school meals for poor children into the school holidays.

The government should also make greater efforts to ensure poor families take up their entitlement to vouchers for free milk, fruit and vegetables, it adds.

“In an age of rampant child obesity there has been a shock increase in the number of children starting their first and final years of school who are underweight,” say the MPs.

They highlight data from the National Child Measurement Programme for England last year which showed:

In addition, House of Commons Library analysis of the most recent data suggested that more than half a million under-fives were anaemic in 2011, the highest level in 20 years.

The report also sets out evidence from a small scale study in Birkenhead showing more than a fifth of pupils in some schools arrive hungry, with some complaining of “persistent hunger”.

There is a not enough data to build a full picture, says the report, but there is evidence to suggest “too many children have hunger as their most constant companion”.

In “maybe most” of these families, parents do not have sufficient income properly to feed their children, say the MPs.

But in certain cases, childhood hunger is in part down to poor parenting and is “part of a bigger picture of neglect”, they add.

“Something very troubling is happening and there are at least two forces operating,” said the group’s chairman, Frank Field.

“One is the breakdown in parenting and the second is an increase in the numbers on a low income.

“It’s a tragedy if one of these strikes a child, but it’s an unbounded horror if a child is hit by both. How can the world’s fifth richest nation not know the extent of physical …read more