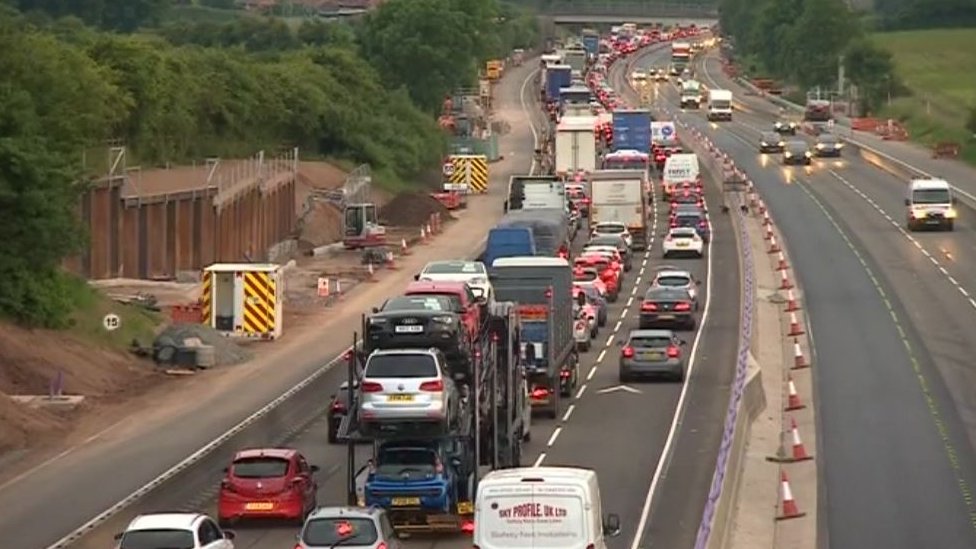 Thousands of motorists have been stranded on the M5 motorway after hydraulic fluid spilled along three miles of the motorway, forcing it to close for more than five hours.

Drivers tweeted their frustration at moving less than two miles in four hours between Droitwich and Worcester.

Highways England said resurfacing may need to take place on the southbound carriageway between junctions 5 and 6.

The road was closed at 16:00 BST and it is not yet known when it will reopen.

Some of those queuing are on their way to the Glastonbury Festival, which has faced major problems on all routes into the site.

Arwel Richards tweeted: “Four hours in and moved two miles on M5. Why they don’t open up the hard shoulder is beyond me.

Another motorist said she had been stuck in her car with a five-month-old baby since 16:00.