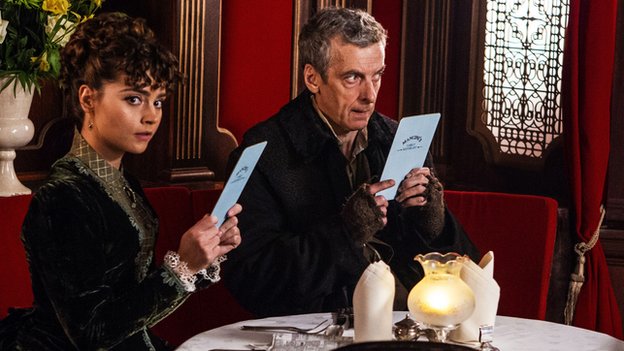 Capaldi, best known for his role in The Thick of It, becomes the 12th Time Lord

Critics have hailed Peter Capaldi’s feature-length debut as the 12th Doctor, as the eighth series of Doctor Who premiered on BBC One on Saturday.

Euan Ferguson, in the Guardian, called his performance “wise and thoughtful”, though decried the plot as “demented”.

Richard Beech, in the Mirror, agreed Capaldi had “all the hallmarks of a great Doctor”.

“If you watched Deep Breath and you don’t want to watch the rest of series 8, then there truly is something wrong with you,” he wrote.

“He absolutely failed to nail the character completely, and for that we should be immensely heartened, given how much good it bodes for the rest of the series,” chimed Ferguson, in the Guardian.

However fans of the series appeared less convinced. 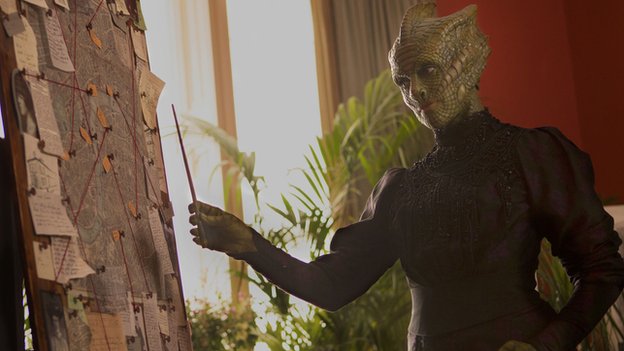 The show received a mixed reception on Twitter, with some viewers deeming 56-year-old Capaldi “brilliant” and “amazing”, while others describing the episode as “middle of the road” and “gimmicky”.

“More depth and much better with an older actor. It’s 1973 all over again and that’s no bad thing,” tweeted one fan.

“Overall I think Capaldi is going to be good, but the episode wasn’t great. Pretty much what I have come to expect from Moffat,” tweeted another, who landed the blame squarely with Doctor Who show-runner and Sherlock writer Steven Moffat, who penned the episode.

June Whitfield to star in EastEnders