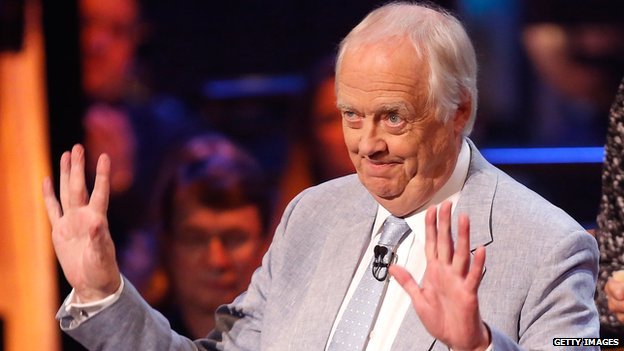 Sir Tim Rice is to receive a special award for his contribution to music from music rights organisation BMI.

The 69-year-old lyricist, best known for his theatrical collaborations with Andrew Lloyd Webber, will be presented with the Icon Award next month.

The award is given to songwriters who have had an “indelible influence on generations of music makers”.

“Sir Tim Rice’s extraordinary creativity has given the world some of the most beloved songs,” said BMI President and CEO Michael O’Neill.

“He is one of our era’s most admired and respected lyricists, a leading author and sought-after commentator.”

Sir Tim and Lord Lloyd Webber enjoyed massive success in the 1960s and 70s with Joseph and the Amazing Technicolor Dreamcoat, Jesus Christ Superstar and Evita.

He went on to work with Abba duo Bjorn Ulvaeus and Benny Andersson on the musical chess and with Sir Elton John on the stage version of Disney hit The Lion King.

The lyricist recently worked on a musical adaptation of From Here to Eternity that ran for six months in London’s West End.

He is also known for his radio appearances, his love of cricket and his occasional guest spots on Channel 4’s Countdown.