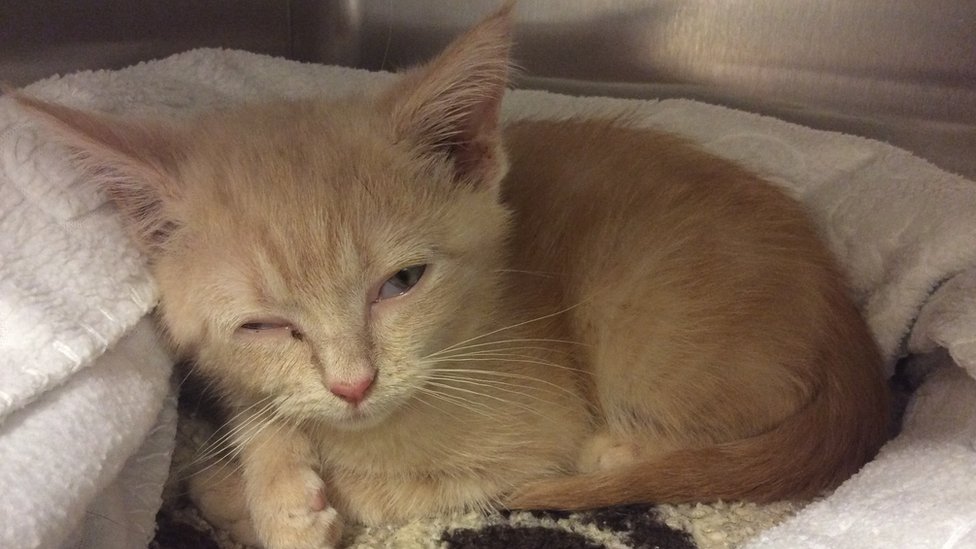 A man has been given a suspended prison sentence and banned from keeping animals after an 11-week-old kitten died from head and abdomen injuries.

Wilson was sentenced to 10 weeks in jail, suspended for a year, when he appeared before Brighton magistrates.

The RSPCA said Tiny Tim was so badly injured he had to be put to sleep.

Wilson was also given a 20-day rehabilitation order and told to pay £425 costs.

The RSPCA said Wilson’s wife, Carrone Wilson, 50, pleaded guilty at a hearing earlier this month to an offence under Section 9 of the Animal Welfare Act 2006 of failing to protect the kitten from pain, suffering, injury and disease by not exercising reasonable care and supervision, resulting in him receiving non-accidental injuries.

She was given a 12-month conditional discharge and told to pay £200 costs when sentenced, in her absence, on 15 June.