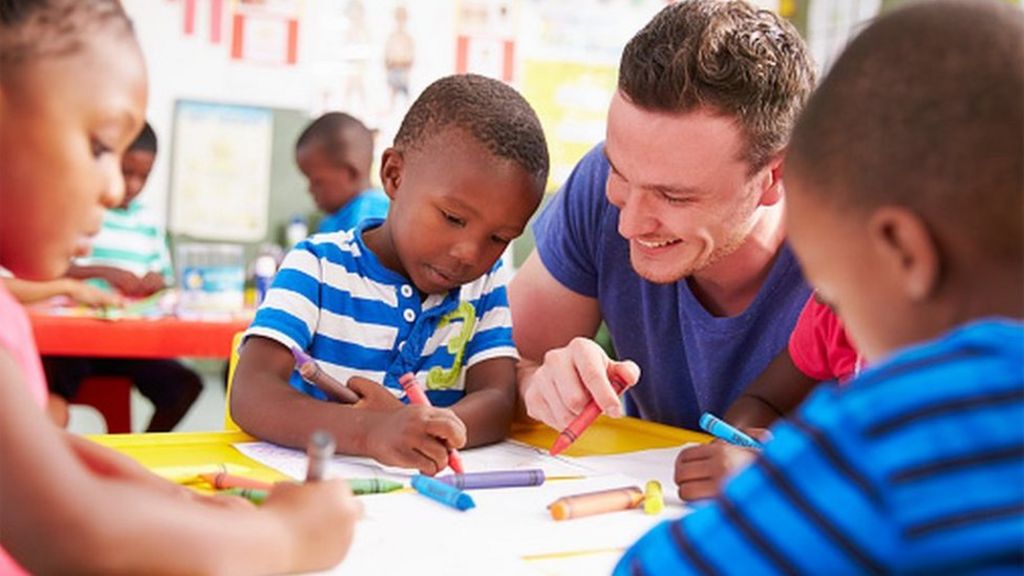 Every nursery in England should have a qualified early years teacher to help toddlers develop skills like speech and language, a children’s charity says.

Save the Children says pre-schoolers can be “set back decades” if their brains are not adequately stimulated before they start formal schooling.

It says early years teachers can assist children and parents with learning.

Ministers say they are making major investments in the sector, working with the profession to improve its status.

To become an early years teacher, candidates need a degree and at least a GCSE C grade in English, maths and science. They have to pass professional tests in numeracy and literacy and complete a period of initial teacher training.

The Save the Children report, Lighting Up Young Brains, is written in conjunction with the Institute of Child Health at University College London and highlights pre-school years as a “critical opportunity” for the brain to develop key skills.

The report suggests the government should make playtime “brain time” under the guidance of a qualified early years teacher.

The charity says failure to properly stimulate toddlers’ brains during nursery years could set them back for decades.

Save the Children claims government figures show almost 130,000 children in England last year were falling behind with language abilities before they even reached school.

This means six children in every reception class struggled with their early language skills, it says.

It warns that failure to develop good language skills can leave children struggling to learn in the classroom and unable to catch up with their peers.

For its research, the charity also conducted a survey of 1,000 parents and found that almost half had low expectations for their child’s early learning.

Of the 1,000 parents from England surveyed, 47% said they hoped their child would know 100 words by their third birthday – but this is only …read more