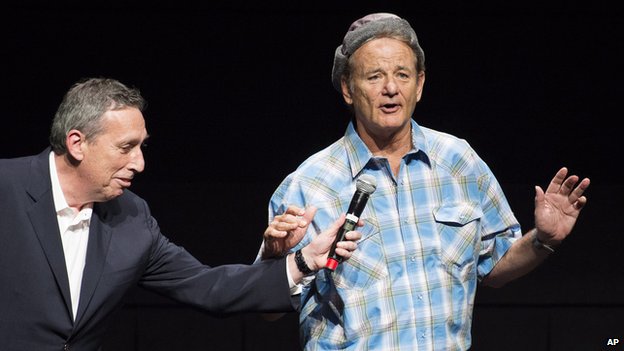 Bill Murray (right): “The more relaxed you are the better you are.”

Bill Murray has been honoured at the Toronto Film Festival with a special day dedicated to him.

Friday was dubbed Bill Murray Day by organisers, who put on free screenings of the star’s films.

Murray himself was on hand to take part in events, including a special question and answer session for fans.

“I like to feel that every day is Bill Murray day. At least for a second every day,” the star said. He is in town to promote his latest film, St Vincent.

It sees him play a cantankerous war veteran who finds himself having to look after his neighbour’s 12-year-old son. 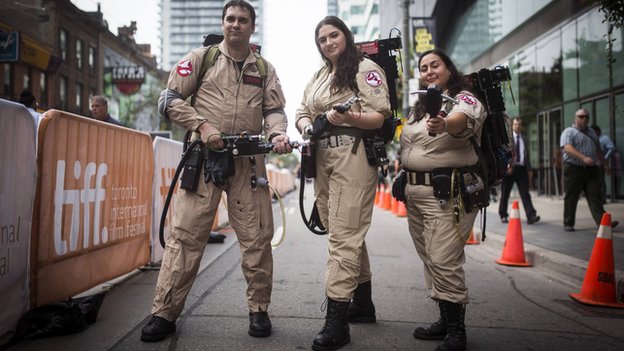 “He’s just kind of an amazing person and his body of work is so varied and so good – I think it’s about time that we have a Bill Murray Day,” she said.

Irish star Chris O’Dowd, who also stars in the film, joked about how he would be marking the occasion.

“Well we’re going to sacrifice a goat at seven – that’s probably the normal thing – and then just have a nice early night,” he said.

“I think it’s really great they said to him that today, and every 5 September, he can kill a man. They said he can kill just any one man, and the next day they’re like, ‘Don’t worry about it’.”

Murray told fans at the Q&A he was honoured to be recognised at the festival for his life’s work.

The sequels that should never have been made