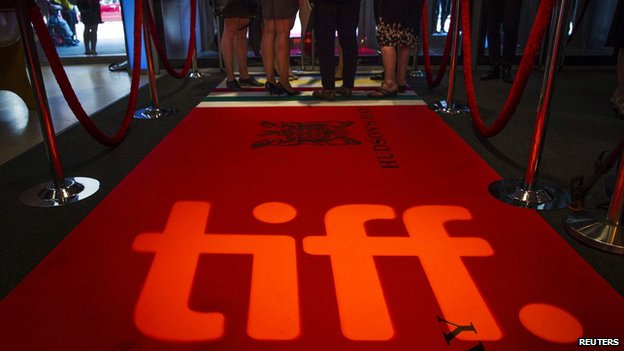 More than 300 films will be shown at the festival, with some being tipped for Oscar success

Red carpets have been rolled out at the Toronto International Film Festival which is due to begin later in Canada.

Both stars are expected to grace the red carpet for the gala at the city’s Roy Thompson Hall.

Some 300 films will be screened at the festival, including Alan Turing movie The Imitation Game and Stephen Hawking biopic The Theory of Everything.

Al Pacino film The Humbling – based on Philip Roth’s final novel – will also premiere on Thursday.

The Oscar-winner was honoured at the festival’s charity gala , with a Q&A looking back over his career.

King Street, on which the festival’s main headquarters is situated, has been closed to traffic and streetcars to enable the public to get closer to the red carpet action.

Film fans will be hoping to get a glimpse of stars including Julianne Moore, Steve Carell, Reese Witherspoon, Jake Gyllenhaal, Bill Murray and Tina Fey. 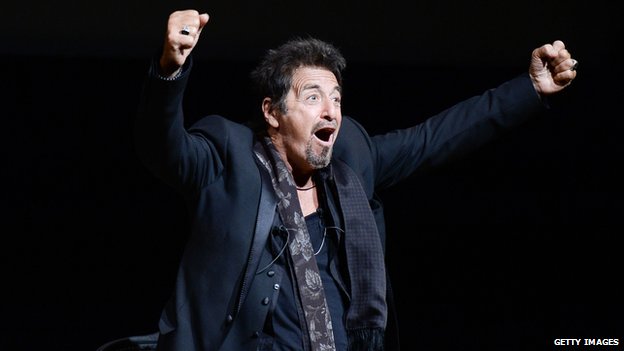 Pacino has two films showing at this year’s event

Robbie Williams reunites with Take That at Brit...