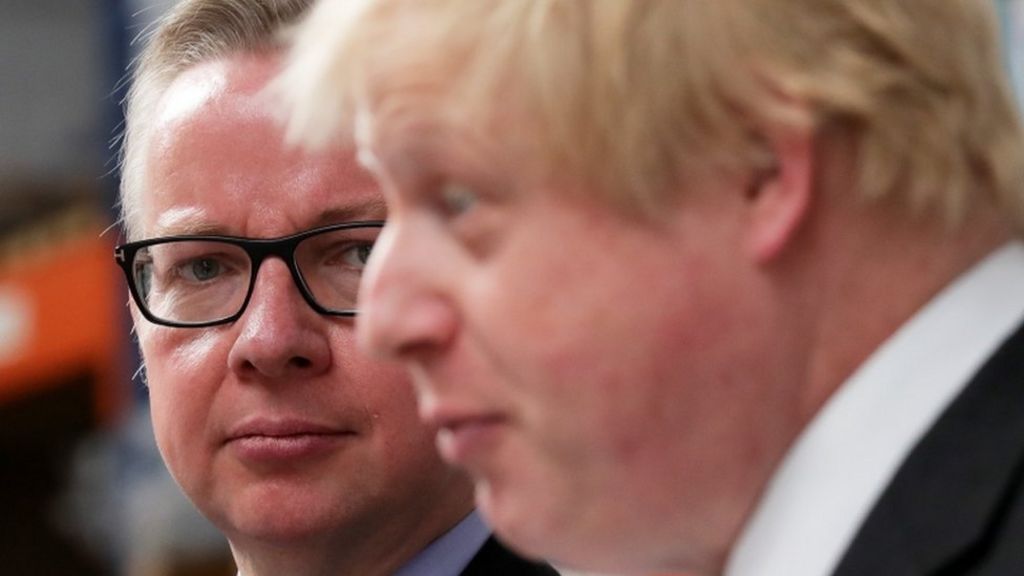 Theresa May’s bid to become Conservative leader has won the backing of two more cabinet ministers and the Daily Mail.

Michael Fallon and Patrick McLoughlin are backing the home secretary.

Meanwhile, fellow contender Michael Gove is to make the first speech of his campaign to become Tory leader, after announcing his candidacy on Thursday.

Rivals Stephen Crabb, Andrea Leadsom and Liam Fox are also in the running to lead the Conservative party and become UK prime minister.

The five contenders have until Tuesday to build support among the 329 Conservative MPs before the first round of voting. The MP with the fewest votes will be eliminated, one at a time, until two remain. They will then go to a vote of the wider party membership.

The winner of the contest is set to be announced on 9 September.

Mr Gove was a surprise addition to the race, having been expected to back Boris Johnson, who shocked the political world by ruling himself out on Thursday.

The Daily Mail backed the home secretary with its front page on Friday, saying “A party in flames and why it must be Theresa”.

With “Westminster increasingly resembling a madhouse”, says the paper, “what the country needs most is a solid and steady hand on the tiller.”

Mr Fallon, the defence secretary, said she was the right person to steer the country through “the serious challenges we now face”.

He said: “Theresa is the best person to lead our exit from the EU so that we reduce immigration and regain sovereignty while protecting our hard won economic growth.”