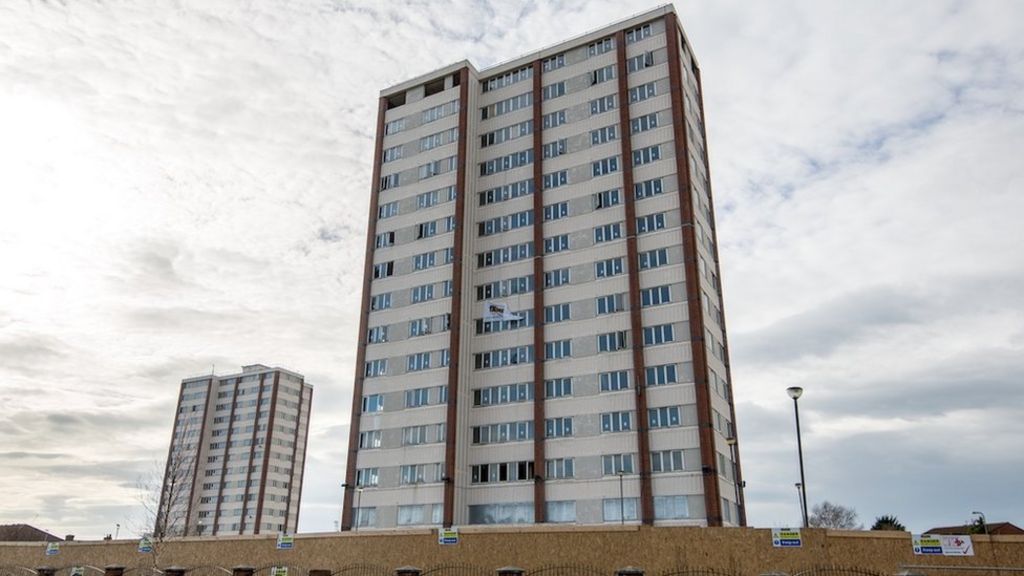 The demolition of two 15-storey tower blocks has partially failed after only one building collapsed, leaving nearby residents unable to return home.

The vacant high-rise buildings in Seaforth, Merseyside, were due to be demolished simultaneously at 10:00 BST.

But both remained standing after the controlled explosion, before Churchill House later collapsed suddenly.

People living within the exclusion zone are unable to return to their houses until the remaining tower has fallen.

One Vision Housing, which owns the towers, said Widnes firm J. Bryan (Victoria) Ltd which is in charge of the demolition is investigating what happened.

A spokesperson for the demolition company told the crowd of spectators and residents they had “experienced delays” but are trying “to get as many people safely back into their homes as possible”.

“The controlled demolition of Churchill House has now been completed. J. Bryan are currently assessing Montgomery House… a reduced exclusion zone is currently being developed,” he said.

Darling: Corbyn must define himself